Feb. 21, 1962 - President Kennedy wrote Soviet Premier Khrushchev today that he hoped representatives of their two Governments could meet “at a very early date” to discuss cooperative space projects. He made the proposal in a reply to a letter from Mr. Khrushchev received in Washington today. The Soviet Premier congratulated the U.S. on the orbital flight of Lieut. Col. John H. Glenn Jr. and called for cooperation on further space activities. At his news conference today, Mr.

Feb. 20, 1962 - At 9:30 a.m., when the New York Mets’ second day of spring training was set to begin in St. Petersburg, Fla., most of the players were grouped around the clubhouse radio listening to the countdown and the launching of Colonel John Glenn Jr. at Cape Canaveral. When manager Casey Stengel came out of his office, Hobie Landrith, a catcher, said: “Glenn’s over Africa now. He just left a minute ago.” “I don’t care if he’s coming down in left field in two minutes,” s

Feb. 20, 1962 - Leigh Wade (pictured third from left in 1924) got out of bed at 6:30 a.m. today to watch on television as Lieut. Col. John Glenn Jr. beat by almost six months the time it took Mr. Wade and five companions to make the first globe-circling airplane flight in 1924. Mr. Wade, a retired Air Force major general, termed the astronaut’s three trips around the earth “a remarkable thing.” It took Mr. Wade and his companions 175 days to make the circuit in 1924, travelin

Feb. 20, 1962 - One of the voices most frequently heard around the world today was that of a 5-foot-6, 39-year-old former bomber pilot known to friends as Shorty. Shorty is Lieut. Col. John A. Powers (pictured to Col. Glenn’s left), on loan from the Air Force to NASA as information officer for the Mercury astronaut program. It was his voice that came from the Mercury control center at Cape Canaveral with reports on the space flight of Lieut. Col. John Glenn, Jr. Colonel Power

Feb. 20, 1962 - Following is the text of President Kennedy’s statement on Colonel Glenn’s flight: “I know that I express the great happiness and thanksgiving of all of us that Colonel Glenn has completed his trip, and I know that this is particularly felt by Mrs. Glenn and his two children. A few days ago Colonel Glenn came to the White House and visited me, and he is — as are the other astronauts — the kind of American of whom we are most proud. Some years ago, as a Marine p

Feb. 20, 1962 - The orbital flight of Colonel Glenn proved today to be a sort of super goodwill tour. Expressions of sympathy, pride and congratulations arose around the world. The peoples of Britain and Western Europe were kept up to date by news dispatches, radio and television. They shared in the tension, relief and enthusiasm of the United States. Pope John XXIII was kept informed of developments throughout the flight. A Vatican source said that the Roman Catholic Pontiff

Parents of Colonel Glenn Say Prayers Have Been Answered

Feb. 20, 1962 - The parents of Lieut. Col. John Glenn Jr. (pictured in 1945), radiant and relieved that their long wait was over, said today that their prayers had been answered. A crowd of about 1,200 persons roared their applause as the beaming couple came into the Muskingum College gymnasium in New Concord, Ohio this afternoon to give their thoughts while their son was in orbit. “It’s a hard question to answer,” said the astronaut’s mother when asked to describe her feelin

Feb. 20, 1962 - Following is the transcription of a telephone conversation between President Kennedy and Colonel Glenn this afternoon:  PRESIDENT — Hello? GLENN — Hello, sir. PRESIDENT — Colonel? GLENN — This is Colonel Glenn. PRESIDENT — Listen colonel, we are really proud of you, and I must say you did a wonderful job. GLENN — Thank you, Mr. President. PRESIDENT — We are glad you got down in very good shape. I have just been watching your father and mother on television, an

Feb. 20, 1962 - The radio-TV audience for Colonel Glenn’s orbital flight today was enormous. Frank McGee of NBC reported that more than 60 million persons had watched the TV coverage. Two agencies that evaluated New York City television viewing said that about half of the receivers in the city had been tuned to the event at take-off and set-down. The New York Telephone Company said that metropolitan-area telephoning had dropped off at moments of peak tension during the flight

Man is One Step Closer to the Moon

Feb. 20, 1962 - The three-orbit flight around the world by Lieut. Col. John Glenn Jr. today puts man closer to the moon. The next step will be a “repeat performance” of the triple orbit, this one by another astronaut, some time within the next eight weeks. Before the end of 1962, plans call for a series of three more triple orbits as well as one flight that will attempt to surpass the trip taken by Russia’s Maj. Gherman S. Titov on Aug. 6 last year, when the Soviet astronaut

Feb. 20, 1962 - The United States Marine Corps threw out its chest with pride and admiration today over the successful orbiting of Marine Lieut. Col. John H. Glenn, Jr. A telegram to the astronaut from Col. Don Dickson of Leatherneck magazine said: “Along with Marines everywhere, we salute you for having given the corps its greatest ‘first.’ You have given a new and broader meaning to our cherished slogan, ‘The Marines have landed and have the situation well in hand.’” A Mari

Colonel Glenn Has Snack in Space

Feb. 20, 1962 - About 20 minutes after he had soared aloft, Lieut. Col. John H. Glenn Jr. had his first snack in space. The Mercury control center reported that he dipped into his space food at 10:09 a.m. as he passed the tracking station at Kano, Nigeria. He squeezed the food out of special tubes, resembling oversized tubes of toothpaste. His two-course menu consisted of a beef-vegetable mixture and applesauce. His squeeze food was semi-solid like baby food, but with adult s

🚨 Colonel John Glenn is First American to Orbit the Earth

Feb. 20, 1962 - John H. Glenn Jr. orbited three times around the earth today and landed safely to become the first American to make such a flight. The 40-year-old Marine Corps lieutenant colonel traveled about 81,000 miles in 4 hours 56 minutes before splashing into the Atlantic at 2:43 p.m. EST. He had been launched from Cape Canaveral at 9:47 a.m. The astronaut’s safe return was no less a relief than a thrill to the Project Mercury team, because there had been real concern

Feb. 19, 1962 - The prospects for sending Lieut. Col. John H. Glenn Jr. into orbit tomorrow seem better than they have for a week. The only apparent obstacle facing the repeatedly delayed flight is a stretch of “broken cloudiness” forecast for the Cape Canaveral launching area. Project Mercury spokesmen estimated the odds on getting off tomorrow were “at least 60-40 in our favor.” The launching is scheduled for 7:30 a.m. at the earliest. Three times last week, orders to start

Another Postponement of Glenn Spaceflight

Feb. 14, 1962 - Storms in the Atlantic caused another postponement today in the attempt to send Lieut. Col. John H. Glenn Jr. into orbit about the earth. The launching was put off until 7:30 a.m. tomorrow at the earliest. It was the second postponement in two days and the ninth since the mission, the first U.S. attempt to orbit a human, was originally scheduled. Colonel Glenn, a 40-year-old Marine officer, was awakened in his crew’s quarters in Hangar “S” at Cape Canaveral at 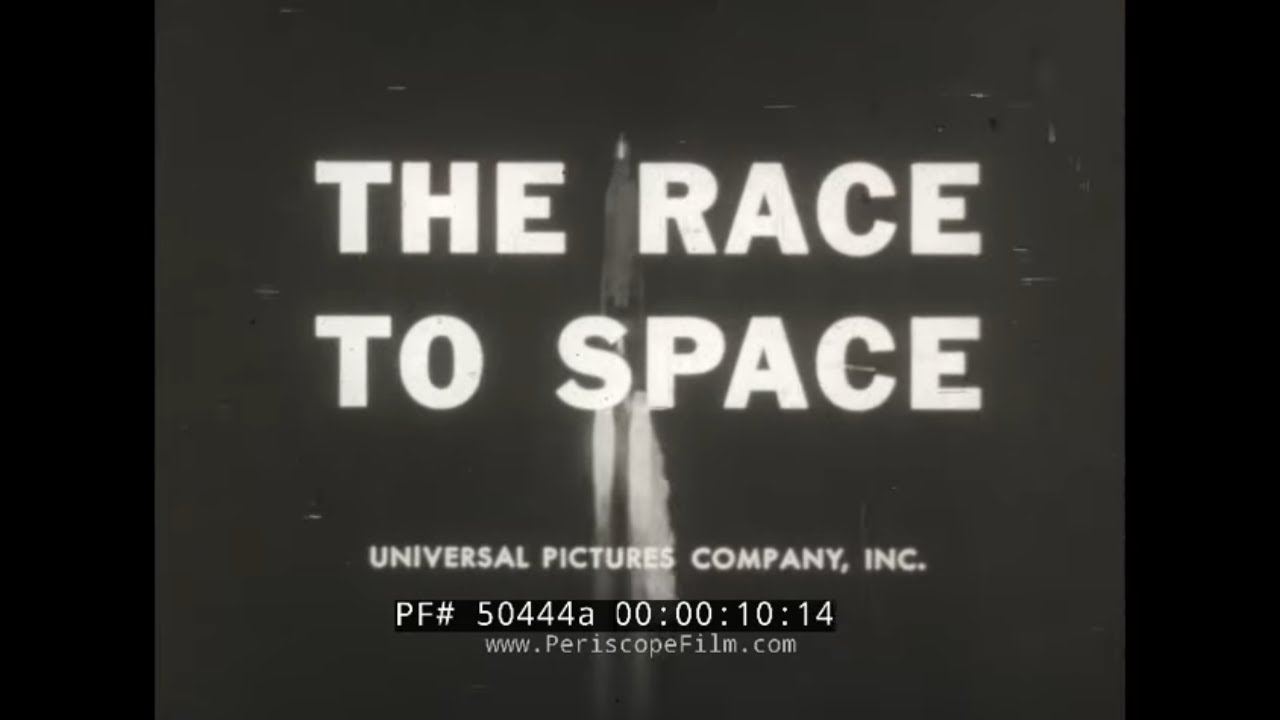 Video: Documentary "The Race to Space"

Jan. 26, 1962 - Senator Paul H. Douglas (pictured second from left in 1958) said today that he and many astronomers question the wisdom of spending billions to land a man on the moon. The Illinois Democrat said the public had never had a chance to consider the program, “but we are committed to it.” Sometimes it looks like “purely a stunt to get there before someone else,” he said. The Senator said there was a serious question whether the nation should spend that much money wh

Jan. 26, 1962 - An attempt to send the Ranger 3, a complex 727-pound spacecraft, to take close-up television pictures of the moon failed today. The craft had also been intended to land the first instruments on the moon’s surface. The Ranger 3 was given “excessive velocity” by the two-stage Atlas-Agena B rocket fired from Cape Canaveral this afternoon, NASA announced. As a result, it will miss the moon by about 25,000 miles on the 237,000-mile trip. The failure was a disappoin

Another Postponement of Glenn Spaceflight

Jan. 22, 1962 - An attempt to rocket John H. Glenn Jr. into orbit was postponed today from Wednesday to Saturday at the earliest. The delay was caused by trouble in the system supplying oxygen to the astronaut’s space suit and to the compact cabin of the Project Mercury capsule. The Glenn flight, the nation’s first attempt to send a human being on a satellite journey, had originally been scheduled for just before Christmas. Then it was set for Jan. 16. Technical difficulties

Jan. 4, 1962 - Lieut. Col. John H. Glenn Jr., who is scheduled to attempt an orbital flight later this month, was the subject of an ABC telecast last night. The program, entitled “Profile of an Astronaut,” included interviews with relatives, friends, teachers, and other associates of the Marine officer. Near the end of the half-hour telecast, Colonel Glenn appeared and made a cogent observation. After having discussed his intensive preparations for the flight, he said: “You f
1
2
3