Jan. 26, 1963 - Hitting No. 1 today on the Billboard Hot 100 is “Walk Right In,” a recording by The Rooftop Singers, a folk-singing trio. The song was written by Gus Cannon and originally recorded by Cannon’s Jug Stompers in 1929. Two members of The Rooftop Singers, Erik Darling and Bill Svanoe, revised the song. Darling and Svanoe wanted to give the recording a distinctive sound, so they both played 12-string guitars on the recording. #music #1960s #OTD #billboard

Jan. 18, 1963 - Singer Frankie Avalon and Kay Diebel, former dental technician, were married at 11 a.m. today at St. Charles Catholic Church in North Hollywood. Robert Marcucci, Avalon’s manager, was best man, and Mrs. Michael Wayne was the matron of honor. The couple will honeymoon in Acapulco, then divide their time between homes in Los Angeles and Cherry Hill, N.J. The bride was a beauty pageant winner Mr. Avalon met while playing cards at a friend's house. He told the fri

Jan. 15, 1963 - On sale today is folk trio Peter, Paul and Mary’s second long-playing record, “Moving.” Standout songs on the album are “Puff, the Magic Dragon,” “This Land Is Your Land,” and “Settle Down (Goin’ Down That Highway).” The album, released by Warner Brothers, was produced by Albert Grossman and Milton Okun. Mr. Grossman, who also serves as the group’s manager, created Peter, Paul and Mary in 1961, after auditioning several singers in the New York folk scene. Thei

Jan. 12, 1963 - Hitting No. 1 on the Billboard Hot 100 today is “Go Away Little Girl,” a recording by Steve Lawrence. The song, written by Gerry Goffin and Carole King, was first recorded by Bobby Vee last year. Mr. Lawrence released his version in November. The lyrics deal with a young man asking an attractive young woman to stay away from him so he will not be tempted to betray his steady girlfriend by kissing her. #music #1960s #OTD #billboard

Dec. 22, 1962 - Hitting the top spot on the Billboard Hot 100 today is “Telstar,” an instrumental recording by the English group The Tornados (pictured). The song, written and produced by Joe Meek, was named after the Telstar communications satellite, which was launched into orbit last July. The song features keyboard instruments with distinctive electronic sounds. #music #1960s #OTD #billboard 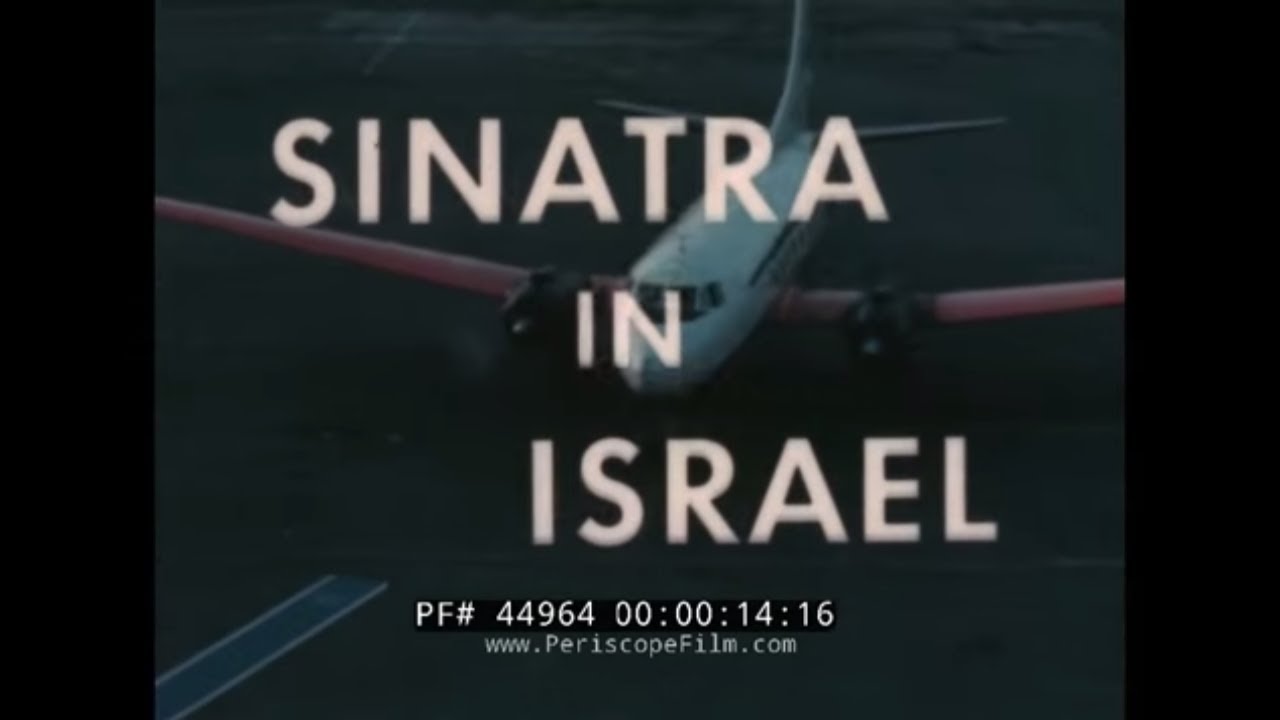 Dec. 18, 1962 - “Frank Sinatra in Israel” is a film which documents the singer’s first ever visit to Israel as part of his multi-national World Tour for Children. #israel #sinatra #music #1960s #OTD #billboard

Dec. 16, 1962 - A dance rhythm from Brazil known as the bossa nova may become the nation’s biggest ballroom favorite since the early days of the twist. Paul Winter’s sextet recently played the bossa nova at a White House concert, and the First Lady enjoyed the new rhythm. The bossa nova is a mixture of the samba and modern American jazz. Unlike the often-cacophonic music of the twist, the bossa nova soothes the ear as it appeals to the feet. It is not a new dance in America.

Music: “All Aboard the Blue Train with Johnny Cash”

Dec. 4, 1962 - On sale today is the latest Johnny Cash long-playing record, “All Aboard the Blue Train with Johnny Cash.” The album is a compilation comprised of songs Cash (pictured right) recorded between 1954 and 1958 for Sun Records before leaving the label for Columbia Records. Included on the record are "Folsom Prison Blues," and "Hey Porter," along with standout renditions of "Wreck of the Old 97," which had previously been given its finest rendering by Hank Snow, and

Nov. 24, 1962 - Riding a crest of national popularity, folk singers Peter, Paul and Mary gave their first Carnegie Hall concert tonight. An audience of more than 2,800, including 150 on stage, gave the two bearded guitarists, Peter Yarrow and Paul Stookey, and their striking blond colleague, Mary Travers, a two-minute, foot-stamping ovation at the end of the program. Peter, Paul and Mary proved themselves knowledgeable performers who had the musical skill to transform moving

Nov. 17, 1962 - Hitting No. 1 today on the Billboard Hot 100 is “Big Girls Don’t Cry,” a recording by The Four Seasons (pictured). The song was written by Bob Crewe and Bob Gaudio. Like the group’s previous No. 1 hit, “Sherry,” “Big Girls Don’t Cry” is sung mostly in falsetto. According to Crewe, he was dozing off in his Manhattan home with the television on when he awoke to see actor John Payne manhandling Rhonda Fleming in “Slightly Scarlet,” a 1956 crime film based on a Ja

Nov. 3, 1962 - Hitting No. 1 on the Billboard Hot 100 today is “He’s a Rebel,” a recording by the girl group The Crystals. The song, written by Gene Pitney, is about a girl in love with a young man who rejects society's conventions. Despite his being misunderstood by others, the singer claims he is sweet and faithful, and she vows to be the same towards him. The hit recording was produced by 22-year-old Phil Spector. #music #1960s #OTD #billboard

“Monster Mash” by Bobby ‘Boris’ Pickett & the Crypt-Kickers Hits No. 1

Oct. 20, 1962 - Taking the top spot on the Billboard Hot 100 today — and just in time for Halloween — is the novelty song “Monster Mash,” recorded by Bobby ‘Boris’ Pickett & the Crypt-Kickers. Pickett was an aspiring actor who sang with a band called The Cordials. One night while performing, he did a monologue in imitation of horror actor Boris Karloff. The audience loved it, and he and fellow band member Lenny Capizzi were inspired to compose "Monster Mash.” The song is narr

Music: “Love Me Do” by The Beatles

Oct. 5, 1962 - The Beatles, an English rock ‘n’ roll band formed in Liverpool two years ago, released their first single today on the British Parlophone label: “Love Me Do.” The B-side is “P.S. I Love You.” Both songs were written primarily by bassist Paul McCartney. The other members of The Beatles are John Lennon, George Harrison, and Ringo Starr. #music #1960s #OTD #billboard #beatles

Sept. 15, 1962 - Hitting No. 1 on the Billboard Hot 100 today is “Sherry,” written by Bob Gaudio and recorded by The Four Seasons. Gaudio has said the song, which he claims to have written in 15 minutes, was originally titled “Jackie Baby,” in honor of First Lady Jacqueline Kennedy. At the studio, however, the name was changed to “Terri Baby,” and eventually to “Sherry,” the name of the daughter of Gaudio's best friend, New York disc jockey Jack Spector. #music #1960s #OTD #b

Sept. 1, 1962 - Taking the top spot on the Billboard Hot 100 today is “Sheila” by Tommy Roe, an ABC-Paramount release. Roe originally conceived the song as “Frita,” based on a real girl from his high school. The song was auditioned to a record producer, and while response was enthusiastic, it was suggested that the name be changed. By coincidence, Roe’s Aunt Sheila was visiting, which inspired the final title. #music #1960s #OTD #billboard

Top of the Charts: “The Loco-Motion” by Little Eva

Aug. 25, 1962 - Hitting No. 1 on the Billboard Hot 100 today is “The Loco-Motion” by Little Eva. The song was written by the husband-and-wife songwriting team Gerry Goffin and Carole King for Dee Dee Sharp, who had previously had a hit with “Mashed Potato Time.” However, Sharp passed on the song, leaving the opportunity open for Eva Boyd, who had recorded the demo. Miss Boyd was Carole King's babysitter, having been introduced to King and Goffin by The Cookies, a local girl g

Top of the Charts; “Breakins Up Is Hard to Do” by Neil Sedaka

Aug. 11, 1962 - Taking the top spot on the Billboard Hot 100 today is Neil Sedaka’s “Breaking Up Is Hard to Do,” an RCA Victor release. The song was co-written by Sedaka and Howard Greenfield. Background vocals on the song are performed by the female group The Cookies.#music #1960s #OTD #anniversary #billboard

Aug. 6, 1962 - On sale today is Patsy Cline’s new LP, “Sentimentally Yours,” released by Decca Records. It is Miss Cline’s third studio album. The first recordings for the album began on August 25, 1961, and ended 6 months later on February 28 of this year. The first single, “She’s Got You,” was released early this year and became a No. 1 hit on the Billboard Country chart before crossing over into the Pop chart to No. 14. #music #countrymusic #countryandwestern
1
234
bottom of page