Mar. 28, 1962 - A program to increase Negro voter registration throughout the South was announced in Atlanta today. Major civil rights organizations have agreed to take part in the project. It will continue for at least two years and will be financed by initial foundation grants totaling $325,000. Among the organizations schedule to participate are the Congress of Racial Equality, the NAACP, the National Urban League, the Southern Christian Leadership Conference, and the Stud

Mar. 20, 1962 - Attorney General Robert F. Kennedy asked Congress today to toughen Federal statutes against police brutality. He proposed adding to existing civil rights laws a section aimed at misconduct by state and local officers. It would prohibit beatings or attempted beatings for extorting a confession or inflicting “summary punishment.” The Attorney General also asked for stiffer penalties than the present maximum of a $1,000 fine and a year in jail for an official who

Mar. 12, 1962 - Mike Mansfield (pictured center), the Senate majority leader, said today that he would call up for debate this week a constitutional amendment to abolish poll taxes. The move was a surprise. In a Congressional session already crowded with other highly charged issues, civil rights had drawn relatively little attention. The poll tax amendment is probably the mildest of all pending civil rights proposals and the least objectionable to Southerners. It is sponsored

Mar. 11, 1962 - Mrs. Coretta Scott King urged today that Negroes “at the bottom of the economic scale” be given “better than equal opportunities.” Mrs. King, the wife of the Rev. Dr. Martin Luther King Jr., said Negroes had “a lot of running and catching up to do.” Mrs. King addressed an overflow crowd at the Abyssinian Baptist Church in Harlem. She had been invited on the occasion of today’s “Women’s Day Program,” a yearly event in which funds are raised for the benefit of t

Mar. 10, 1962 - Because local hotels in Clearwater, Fla., refused to accommodate five Negro ballplayers, the Philadelphia Phillies moved players and officials out of town today. The Phils left the Jack Tar Harrison hotel and moved into the Rocky Point motel on the Howard Franklin Causeway, 20 miles away. The club’s general manager, John Quinn, who two days ago received word that the NAACP would picket the Phillies’ home games unless the squad’s housing was integrated in Flori

Feb. 25, 1962 - Floyd Patterson (pictured right with Eleanor Roosevelt), the heavyweight boxing champion, said today that he felt guilty remaining in the North while Southern Negroes faced “danger” in the fight for racial integration. Mr. Patterson spoke to a crowd of 3,800 in Jackson, Mississippi, at the Southeast Regional Conference of the NAACP. Jackie Robinson, the former baseball star; Archie Moore, the boxer; and Curtis Flood of the St. Louis Cardinals also spoke. Mr. P

Feb. 14, 1962 - White persons living in Macon, Ga., who had done little bus riding in recent years started using city buses today in an attempt to offset a Negro boycott. The drive started when 50 whites boarded a bus, paid fares, rode only one block and got off. Many whites left their cars at home. Some boarded buses only to buy tokens. Negroes started the boycott three days ago, seeking an end to segregated riding and the employment of members of their race as drivers and m

Feb. 6, 1962 - Twenty-nine Memphis stores desegregated dining rooms and lunch counters today. The move came quietly after meetings between Negro leaders and merchants. The stores represented 10 companies. Most of the participating companies also desegregated rest rooms. “The decision to desegregate was based on the wish to move with the community and help keep Memphis a peaceful and prosperous city,” a spokesman for the companies said. “We feel that this decision will be rece

Feb. 1, 1962 - Dr. Martin Luther King Jr., president of the Southern Christian Leadership Conference, announced today a “recruiting tour” into every state in the South. “This,” Dr. King said, “is a full-scale assault on segregation. I am going into the communities to talk to people on a person-to-person basis and get them out to register and vote.” The series of trips will begin with a 70-mile journey through Mississippi to “enlist volunteers for the ‘Freedom Corps.’” The Fre

Segregation Over at Most Southern Bus and Railroad Terminals

Jan. 28, 1962 - Official segregation has virtually ended at bus and railroad terminals in the South, Justice Department sources reported today. They did not suggest that whites and Negroes were mixing freely in waiting rooms and restaurants in every rural town. Lifelong inhibitions and fears would keep many Negroes in such areas from asserting their new rights. But the officials said that formal, state-enforced segregation was gone in all but a few terminals. The familiar sig

Jan. 24, 1962 - The national director of the Congress of Racial Equality (CORE) was convicted of breach of peace in Jackson, Miss., today stemming from a freedom ride last May. A 12-man jury in Hinds County Court deliberated less than 5 minutes before convicting James Farmer. Judge Russel Moore sentenced Mr. Farmer to 4 months in prison and fined him $200. Mr. Farmer has been free under $500 appeal bond. Mr. Farmer was aboard a bus carrying Freedom Riders that arrived in Jack 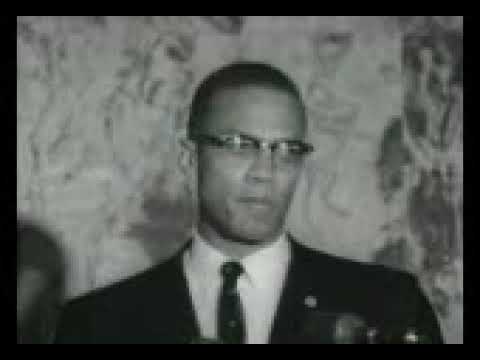 Lunch Counters in Columbus, Georgia Desegregated with No Incidents

Jan. 23, 1962 - Lunch counters in Columbus, Ga., were quietly desegregated today. The city of 118,000, situated near Fort Benning, the largest Army infantry training center in the country, had desegregated its bus, train, and airline facilities earlier, without incident. Today’s move was carried out under a prearranged plan, after months of conferences between Negro leaders and city and store officials. Policemen in civilian clothes were stationed in advance at all locations.

Jan. 20, 1962 - Legal activity for civil rights this year will include an all-out desegregation drive in Mississippi, more numerous defenses of protest demonstrations, and moves to further school integration, according to Jack Greenberg (pictured), director of the legal defense and education fund of the NAACP. “Within the next year or two,” he said, “Mississippi will cover ground that took decades for the rest of the South.” He said legal inroads would be made on segregated p

Jan. 16, 1962 - Three Negro churches in Birmingham, Ala., were bombed tonight. Two were damaged severely. Two of the bombings took place within minutes of each other in the Negro section of town shortly after 10 p.m. and a third several blocks away about 40 minutes later. The police said the latest explosion took place 100 yards from a police car. A policeman riding in the car was injured in the blast and was taken to a hospital. The final blast occurred at Trinity Church of

Jan. 15, 1962 - The Cosmos Club, by a voice vote, overwhelmingly put itself on record today as opposed to racial, color, or religious discrimination in the admission of new members. However, today’s action does not alter the rejection last week by the admissions committee of the proposed membership of Carl T. Rowan (pictured right), the Deputy Assistant Secretary of State for Public Affairs. Mr. Rowan, a well-known writer and journalist before joining the Kennedy Administrati

Jan. 15, 1962 - Representative John V. Lindsay, Manhattan Republican, today wrote a letter to President Kennedy deploring “abandonment of solemn pledges” and urging issuance of an Executive Order on housing discrimination at once. When he was asked about the matter at his news conference today, the President said firmly that his Administration had made more progress on civil rights in the last 12 months than had been achieved in the previous 8 years. He noted that many more c

Jan. 15, 1962 - President Kennedy said today that he would act to advance Negro rights “in a way which will maintain a consensus” of national opinion on the problem. He made that point at his news conference when asked why he had delayed issuing an order against racial discrimination in Federally assisted housing. The President said that it was important not to move too fast in the field of race relations so as not to get too far ahead of public opinion. The implication was t

New Hearing on Negro's Right to Attend University of Mississippi

Jan. 14, 1962 - Federal Judge Sidney Mize is scheduled to open a final hearing tomorrow on Mississippi’s first integration lawsuit in the field of education. James Meredith (center), 29-year-old Negro Air Force veteran, filed suit last May to enter the University of Mississippi. Last Dec. 13, Judge Mize refused to issue a temporary injunction forcing Mr. Meredith’s immediate admittance to the university. He said there was no evidence that Mr. Meredith was rejected because he

Jan. 6, 1962 - In Georgia’s Reidsville Prison, a 15-year-old Negro boy, Preston Cobb Jr., is under sentence of death for killing a 70-year-old white farmer. There have been protests and appeals from all over the world. The issue is not the boy’s guilt but his age, and the state’s legal right to execute a child. In Georgia, the death penalty can be given to a child as young as 10. But Georgia is not alone in that category. All 50 states possess the power and authority to try c
1
23