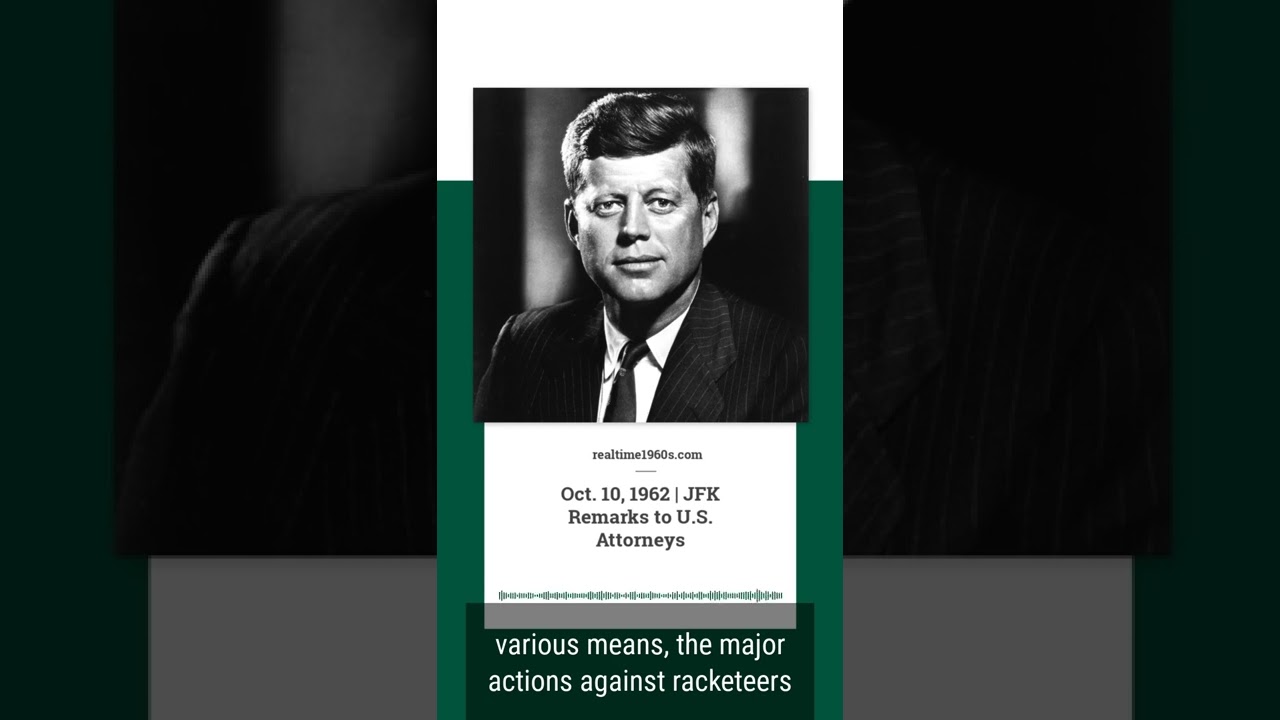 June 7, 1962 - Joseph Profaci (pictured in 1953), Brooklyn mobster and reputed leader of a powerful underworld syndicate, died of cancer today at the Southside Hospital at Bay Shore, Long Island. He was 64 years old. The gravel-voiced gangster was reported to have led a mob that has been feuding with another Brooklyn underworld organization known as the Gallo gang. Profaci was once described as “one of the most powerful underworld figures in the United States.” Robert F. Kenn

May 25, 1962 - Frankie Carbo went to Alcatraz Penitentiary today at his own request. The 57-year-old underworld figure had been in Los Angeles County Jail awaiting his appeal on a Federal conviction of attempting to obtain a share of the contract of Don Jordan, former welterweight champion, by threatening bodily harm to the boxer’s manager, Don Nesseth, and a fight promoter, Jackie Leonard. Carbo was a gunman with Murder, Inc. before transitioning into one of the most powerfu

Gallo to Serve Time in Rikers

Feb. 14, 1962 - Joseph Gallo, Brooklyn racketeer, was ordered today to serve a three-year term at Rikers Island Penitentiary for coercion before returning to Attica Prison for a seven-to-fourteen-year sentence as a convicted extortionist. Kings County Judge Samuel S. Leibowitz directed that Gallo serve the shorter term at the request of District Attorney Edward S. Silver, who brought Gallo down from Attica on a habeas corpus writ. The Brooklyn racketeer had been arrested on t

Feb. 7, 1962 - The Lucky Luciano story ended in New York City today. The body of the exiled gangster (pictured in 1931) was brought back from Italy for burial in his family’s vault in St. John’s Cemetery, Middle Village, Queens. He died two weeks ago of a heart attack in Naples, where he had lived for the past 16 years. An acknowledged leader of rackets in the New York area, he had had a career marked by violence and flamboyance that was halted in 1936, when Thomas E. Dewey p

Jan. 31, 1962 - Seven members of the Gallo gang rescued six children today in Brooklyn when a fire in a mattress filled a top-floor apartment at 73 President Street with smoke. The gang’s headquarters is at 51 President Street. The seven gangsters had just left a nearby restaurant when they saw smoke pouring from the apartment, which is occupied by Mrs. Sista Biaz and her six children (pictured with three members of the Gallo gang). Mrs. Biaz was shopping and the children app

Jan. 29, 1962 - A funeral service was held today in Naples for Charles (Lucky) Luciano. After the requiem mass, his body was put in a cemetery chapel to await a decision on whether burial in the United States would be permitted. Luciano’s brother Bartolo — who keeps the family name of Lucania — requested such permission of the U.S. Consulate. Luciano was deported from the U.S. in 1946 because of his criminal record. There were many Luciano friends at the funeral. Some had bee

Jan. 26, 1962 - Lucky Luciano (pictured on ground) died of an apparent heart attack at Capodichino airport in Naples today as U.S. and Italian authorities prepared to arrest him in a crackdown on an international narcotics ring. He had just met Martin A. Gosch, an American film and television producer, arriving for final talks on a movie about his life, when he collapsed and died. Luciano, overlord of the New York rackets in the pre-war years, had a longer career than almost

Jan. 23, 1962 - Jack Drucker (pictured in 1939), 56, once associated with the Murder Inc. ring, was found dead today in his cell at Attica State Prison. A spokesman at Attica said that Drucker, who was serving 25 years to life, died of a coronary occlusion. Murder, Inc., headed by Louis “Lepke” Buchalter and Albert “The Mad Hatter” Anastasia and composed of Jewish-American and Italian-American gangsters, committed hundreds of murders on behalf of the National Crime Syndicate

Three Brooklyn Racketeers for Consorting with Themselves

Jan. 5, 1962 - Three Brooklyn hoodlums learned today that they were their own worst enemies. They were arrested for consorting with known criminals — themselves. The three, all said to be underworld associates of racketeer Joseph Profaci, were: John (Johnny Bath Beach) Oddo, 56 (pictured), who described himself as a dress manufacturer; Joseph (Minxie) Livoti, 52, who said he was a fabric cutter; and Salvatore (Little Sammie) Peritore, 48, a self-styled shoulder pads salesman.

Dec. 21, 1961 - Joseph Gallo, a 32-year-old gangland figure, was sentenced today to serve 7 to 14 years in prison on his conviction for conspiracy and attempted extortion. Judge Joseph A. Sarafite imposed the maximum sentence. Gallo, who has a record of 23 arrests and 4 convictions, was convicted last month of having tried to take half the profits and stock of a check-cashing service and 3 taverns owned by Theodor Moss, 28, of Brooklyn. Assistant D.A. Paul D. Kelly said: “In

Nov. 16, 1961 - Joseph Gallo, 32-year-old gangland figure and jukebox racketeer, was found guilty of attempted extortion and conspiracy today by a jury in New York General Sessions Court. Gallo nodded as the foreman announced the verdict, which could put him behind bars for as long as fourteen and a half years. Then he looked toward his wife Jeffie and mouthed the words, “Don’t worry.” Gallo was convicted of trying to take half the profits and stock of a check-cashing service

Nov. 14, 1961 - Joseph Gallo, the 32-year-old gangland figure on trial for conspiracy and attempted extortion, was remanded to jail today by Judge Joseph A. Sarafite. Judge Sarafite made no comment as to why he was ordering the defendant to prison. Gallo had been free on bail. When one of the defendant’s lawyers, Robert Weiswasser, rose to question the judge’s order, Gallo directed him not to, with the comment: “Don’t even bother. He’s too prejudiced.” Gallo is accused of hav

Oct. 11, 1961 - Joseph Gallo (pictured), one of the 13 gangsters rounded up by Brooklyn detectives on Tuesday, denied today that the gang had declared war on a rival faction in the Brooklyn underworld. The 32-year-old ex-convict, known as “Crazy Joey,” accused the police of “harassing us” in their investigation of the attempted strangling of his 33-year-old brother Lawrence and the unsolved murder of Joseph Magnasco, a member of the Gallo gang. Gallo was taken into custody af

Oct. 10, 1961 - The Brooklyn police rounded up 13 members of the Gallo gang today in an attempt to end the warfare between underworld factions fighting for control of rackets in the borough. Most of the gang members, including their leader, Lawrence Gallo, were found asleep in a second-floor apartment over the Direct Vending Machine Company at 51 President Street, Brooklyn. Next door, at 49 President Street, several others were seized. Joseph Gallo (pictured), also known as “

Oct. 5, 1961 - Two men linked to Brooklyn's underworld were indicted today on charges of attempting to kill Lawrence Gallo, a 33-year-old Brooklyn racketeer, in a Flatbush tavern on Aug. 20. The two defendants are Carmine J. Persico (pictured center), 28, and John Scimone, 49. District Attorney Edward S. Silver said today that the attempted strangling of Gallo and the killing of Gallo lieutenant Joseph Magnasco on Wednesday were linked to a rivalry between the Gallo and Persi

Oct. 4, 1961 - A gangland figure was shot dead today on a busy Brooklyn streetcorner. He was Joseph Magnasco, 36-year-old lieutenant of the notorious Gallo brothers, Joseph (pictured) — also known as “Crazy Joe” and “Joe the Blonde” — and Lawrence, jukebox and vending machine racketeers. Lawrence Gallo was the victim of an attempted strangling in a Flatbush restaurant in August. Magnasco was slain by a gunman who fired three bullets into him as he walked out of the College Re

Sept. 11, 1961 - Congress sent to President Kennedy today a bill making it a Federal crime to travel interstate on underworld business. The measure is one of a series requested by Attorney General Robert F. Kennedy to facilitate action against big criminal organizations. He said that states were hampered by their limited jurisdictions in dealing with such matters. The bill would provide up to a $10,000 fine and 5 years imprisonment for interstate travel with the intention of

Sept. 2, 1961 - An underworld feud led to the attempted murder last month of Lawrence Gallo, Brooklyn hoodlum, the police disclosed today. The feud was between leaders of the crime family led by Joe Profaci and the three Gallo brothers, Joseph (left), Lawrence (right), and Albert. For several years, the Gallos have sought, with some success, to share in the proceeds of Profaci rackets in Brooklyn, particularly gambling and vending machines. In March, 1961, the Gallos were mar

Aug. 24, 1961 - Anthony (Tony Shots) Abbatemarco, 39, and Giovanni Seimone, 48, were indicted today for felonious assault with intent to kill in the shooting of patrolman Melvin Blei, 35, outside a Brooklyn restaurant Sunday night. Patrolman Blei was shot as assailants fled the restaurant after attempting to strangle Lawrence Gallo, 33, a local racketeer. Kings County Judge Leibowitz reported today that he had been confronted by Gallo's brother, Joseph (Crazy Joey) Gallo, in
1
2
bottom of page