June 25, 1962 - The U.S. Court of Appeals for the Fifth Circuit ordered today issuance of an injunction to force the University of Mississippi to admit James H. Meredith (pictured), a 28-year-old Negro Air Force veteran. It will be the first Federal Court desegregation order aimed at Mississippi. In a 2-1 opinion, the court ruled that Mr. Meredith’s “application for transfer to the University of Mississippi was turned down solely because he was a Negro. We see no valid, non-d

June 22, 1962 - President Kennedy urged industry today to speed up equality of job opportunities for Negroes. The best way, he said, is “to make it happen.” In ruling out a go-slow approach to Negro job rights, Mr. Kennedy urged “constant stimulation” by the Federal Government, private industry, and local groups. Together with Vice President Johnson and Secretary of Labor Arthur J. Goldberg, the President praised the executives of 33 major companies who signed voluntary Plans

June 18, 1962 - The House of Representatives passed today and sent to the Senate a bill to designate next Jan. 1 as “Emancipation Proclamation Day.” One hundred years ago on that day, President Abraham Lincoln (pictured in 1862) issued the proclamation that freed the slaves held in the Southern States. In addition, the Proclamation allowed for the recruitment of former slaves into the paid service of the United States armed forces. #civilrights #history #OTD #1960s #civilwar 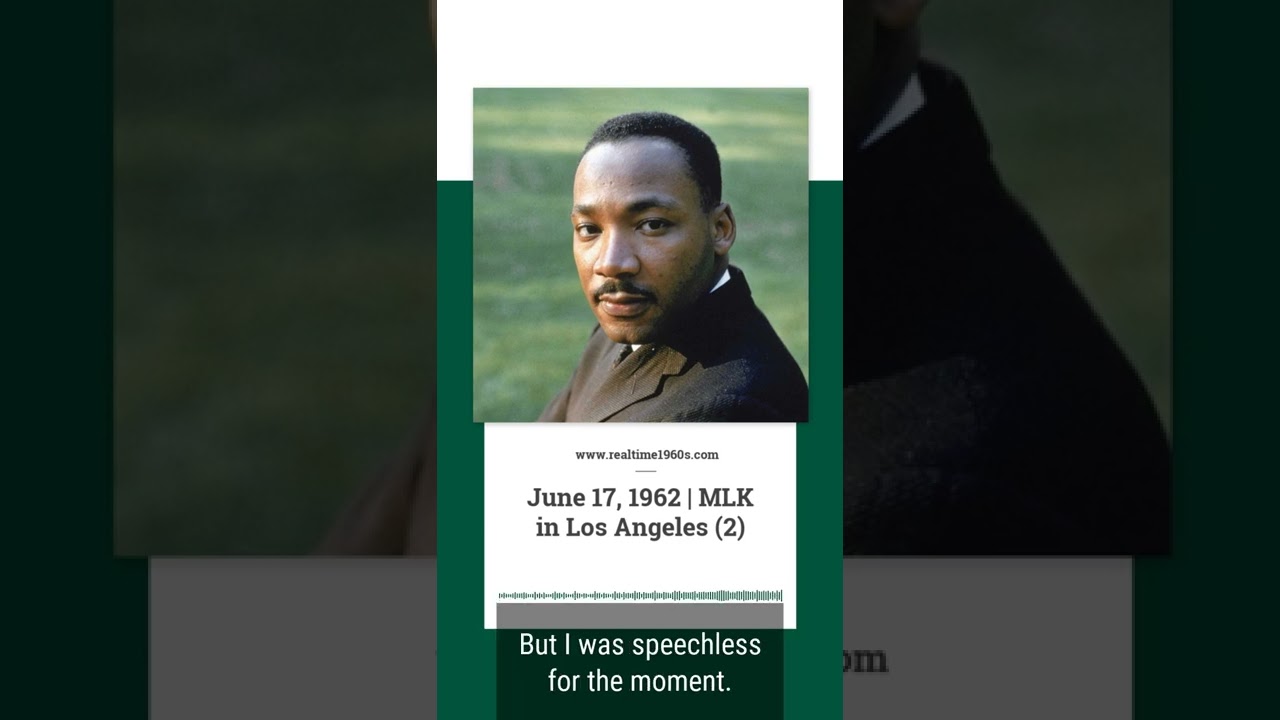 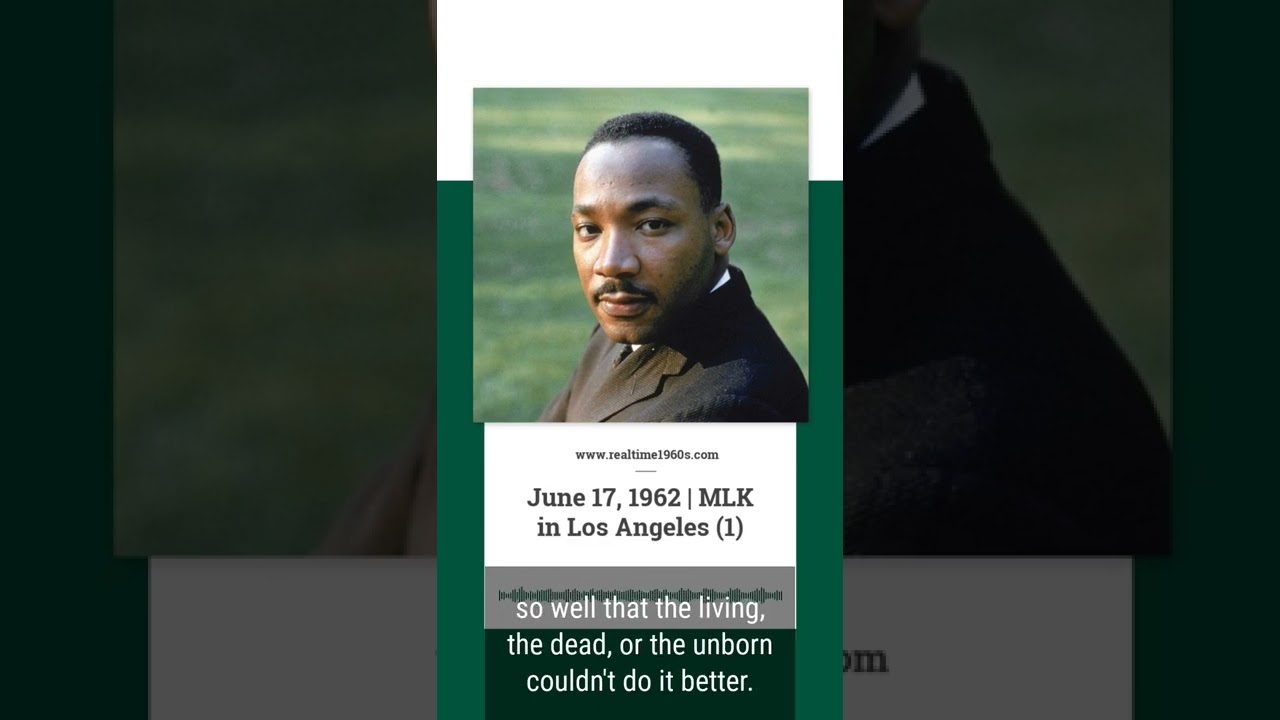 June 17, 1962 - Dr. Martin Luther King Jr. spoke today at Zion Hill Baptist Church in Los Angeles. Here is a clip from his address, which he called "The Dilemma and the Challenge Facing the Negro Today." (1/2) #mlk #martinlutherking #civilrights #history 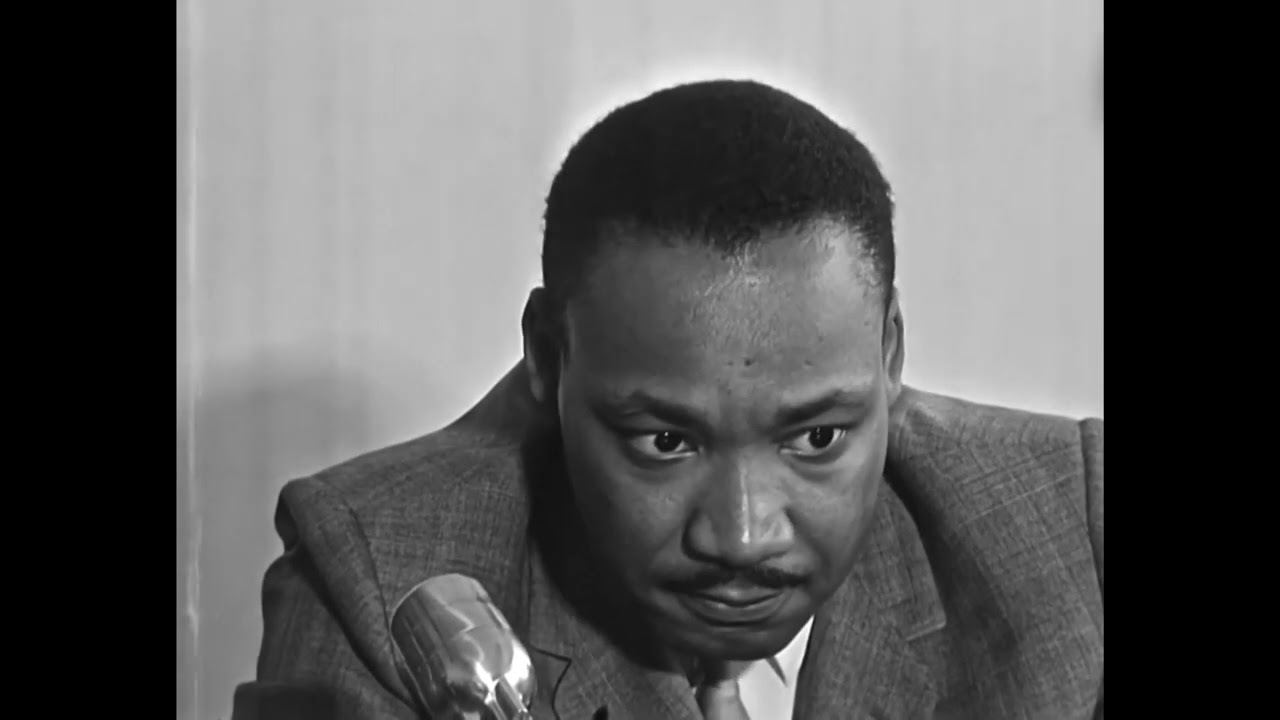 June 8, 1962 - Lionel Hampton (pictured left with Cassius Clay), the jazz musician, today signed a contract to become musical director of the first television station planned for a Negro audience. John Panagos, executive vice president of the United Broadcasting Company, said the station, WOOK-TV, would be in operation by next September and would build its programming around a musical theme (“jazz, rhythm and blues, and spirituals”) with a heavy emphasis on news. He said the

June 7, 1962 - At his press conference today, President Kennedy was asked if he considered “justified” a speech made by Democratic National chairman John M. Bailey last week in New York suggesting that Governor Rockefeller had been guilty of prejudice in opposing the establishment of a Federal Department of Urban Affairs. “I haven’t seen any evidence that Rockefeller is prejudiced in any way toward any racial group,” the President replied. “I am glad to make that statement,”

June 6, 1962 - Harry Belafonte (right), the Negro singer, and a racially mixed group were accepted for registration at an Atlanta motel today but were not allowed to eat in its restaurant. Negro organizations protested. The Rev. Dr. Martin Luther King said the group would have held a sit-in at the restaurant but for the fact that Atlanta was in mourning for the more than 100 residents killed Sunday in a Paris plane crash. Mr. Belafonte is in Atlanta to give a benefit concert

June 4, 1962 - Governor Nelson Rockefeller replied today to a Democratic challenge on civil rights and issued one to President Kennedy in return. In a commencement address at Spelman College in Georgia, he cited aid to minorities by his family, himself, and his Republican administration in New York. The predominantly Negro institution is named for his maternal grandmother and has received substantial aid from the Rockefellers. The Governor then attacked politicians who pay ho

June 3, 1962 - NBC and ABC reaffirmed today what they called their longstanding policy of nondiscrimination in the use of Negro actors on television. The networks’ statements were issued two weeks after CBS had told program producers it would like its programs “to more adequately depict the Negro as he lives in today’s society.” ABC said it encouraged the hiring of the best talent available, regardless of color. Negro actors, it asserted, had played leading roles on many ABC

June 2, 1962 - A 17-year-old Negro girl who spent more than a month in a Mississippi jail and nearly seven months in a reform school for taking part in civil rights demonstrations will receive a $500 award in New York tonight. She is Brenda Lavern Travis (right) of McComb, Miss. At a dinner at the Waldorf-Astoria Hotel, she will get the first Louis M. Weintraub Award, which is to be presented annually to a person under the age of 25 “for outstanding personal courage in the ca

Leonard Bernstein Walks Out of Segregated Restaurant in Baltimore

May 26, 1962 - Leonard Bernstein (pictured), the conductor, walked out of a Baltimore restaurant yesterday when he was told that a Negro in his party could not be served. The headwaiter at the restaurant, Teddy Cook, said today: “One of the gentlemen called me aside and said that a colored man would be in the party. I said, ‘I’m sorry, but we’re not integrated here,’ and they left. There was no disorder, no embarrassment.” Mr. Cook said that the Bernstein party left before th

May 25, 1962 - Attorney General Robert F. Kennedy received two awards in New York City yesterday. In the afternoon, he was given the fourth annual Labor Award of the Samuel Gompers Vocational and Technical High School in the Bronx and inducted into the Gompers Labor Hall of Fame. At the presentation ceremony in the school auditorium, Mr. Kennedy said that in his recent world tour the major interest of students he met was in civil rights in this country. He asserted that under

Dr. King Says Segregation Will End In His Lifetime

May 20, 1962 - The Rev. Martin Luther King predicted today that segregation would be wiped out in his lifetime. He also accused President Kennedy of not providing adequate leadership on the problem. Dr. King, speaking in a television interview, said there was still lingering bitterness in Montgomery, Ala., where he helped win a fight to desegregate the bus system more than five years ago. However, he said there had been progress in other Southern communities. “Atlanta, for in

May 17, 1962 - There is “a good deal left undone” in the civil rights field, President Kennedy acknowledged today. On the eighth anniversary of the Supreme Court’s school desegregation decision, Mr. Kennedy was asked at his news conference if he thought progress had been “rapid enough” since 1954. “Well I think we can always hope that more progress can be made in the area of civil rights or equal opportunity, whether it’s in employment or education or housing or anything else

May 17, 1962 - After a luncheon meeting in Washington of Negro leaders and Government officials, the Rev. Dr. Martin Luther King Jr. called on President Kennedy to issue a “second emancipation proclamation” in the form of an executive order banning all forms of segregation. Dr. King submitted a 115-page appeal to the White House this morning. Dr. King proposed that President Kennedy issue an executive order calling for: - Elimination, through use of the “full powers” of his o

May 16, 1962 - The Federal Government widened the scope of its battle against voter discrimination in the South today by filing its first suit challenging the use of segregated voting machines. The Justice Department filed an action against officials of Bibb County, Ga., in the U.S. District Court at Macon. It seeks a preliminary injunction forbidding voting officials either to segregate voting booths or to count white and Negro votes separately. Attorney General Robert F. Ke

May 11, 1962 - Harry Belafonte, appearing with his revue at a Toronto theatre, said today he planned to take his troupe to Georgia to fight segregation laws there. “To be honest, I don’t really think we’ll have much trouble. Atlanta is one of the most progressive cities in the South, with a large Negro population of considerable voting power,” he said. He said the Atlanta performance would be a benefit for the Rev. Martin Luther King. Laws Mr. Belafonte said would be broken a

May 5, 1962 - Malcolm X, Minister of Nation of Islam Mosque No. 7 in Harlem, traveled to Los Angeles and held a news conference today concerning the clash between police and Black Muslims on April 28 that resulted in the death of Muslim Ronald T. Stokes. Mr. X accused Los Angeles Police Chief William H. Parker of Gestapo tactics and false propaganda. He charged that a squad of 75 officers shot or clubbed 16 Muslim members during the clash. The violence began, he said, when th
1
2345