May 17, 1962 - There is “a good deal left undone” in the civil rights field, President Kennedy acknowledged today. On the eighth anniversary of the Supreme Court’s school desegregation decision, Mr. Kennedy was asked at his news conference if he thought progress had been “rapid enough” since 1954. “Well I think we can always hope that more progress can be made in the area of civil rights or equal opportunity, whether it’s in employment or education or housing or anything else

May 17, 1962 - After a luncheon meeting in Washington of Negro leaders and Government officials, the Rev. Dr. Martin Luther King Jr. called on President Kennedy to issue a “second emancipation proclamation” in the form of an executive order banning all forms of segregation. Dr. King submitted a 115-page appeal to the White House this morning. Dr. King proposed that President Kennedy issue an executive order calling for: - Elimination, through use of the “full powers” of his o

May 16, 1962 - The Federal Government widened the scope of its battle against voter discrimination in the South today by filing its first suit challenging the use of segregated voting machines. The Justice Department filed an action against officials of Bibb County, Ga., in the U.S. District Court at Macon. It seeks a preliminary injunction forbidding voting officials either to segregate voting booths or to count white and Negro votes separately. Attorney General Robert F. Ke

May 11, 1962 - Harry Belafonte, appearing with his revue at a Toronto theatre, said today he planned to take his troupe to Georgia to fight segregation laws there. “To be honest, I don’t really think we’ll have much trouble. Atlanta is one of the most progressive cities in the South, with a large Negro population of considerable voting power,” he said. He said the Atlanta performance would be a benefit for the Rev. Martin Luther King. Laws Mr. Belafonte said would be broken a

May 5, 1962 - Malcolm X, Minister of Nation of Islam Mosque No. 7 in Harlem, traveled to Los Angeles and held a news conference today concerning the clash between police and Black Muslims on April 28 that resulted in the death of Muslim Ronald T. Stokes. Mr. X accused Los Angeles Police Chief William H. Parker of Gestapo tactics and false propaganda. He charged that a squad of 75 officers shot or clubbed 16 Muslim members during the clash. The violence began, he said, when th

May 5, 1962 - Attorney General Robert F. Kennedy urged today that the nation put as much emphasis on the advancement of civil rights at home as it does on the race for superiority in space and nuclear weapons. He also stressed the need for legislation to support civil rights. “We want and must always want a world of free men,” Mr. Kennedy said. “But if we are to be leaders in this struggle for freedom, we must achieve a full measure of freedom and social progress for all Amer

May 5, 1962 - Charges of violence and brutality were exchanged between Los Angeles officials and Negro leaders after the death this week of a Black Muslim. A grand jury investigation was set for May 15. Meanwhile, nine members of the Black Muslims were arraigned (pictured) on criminal charges of assault with intent to commit bodily harm. Six wounded Muslims, awaiting arraignment, were recovering in Los Angeles General Hospital. Ronald T. Stokes, 29, secretary of Los Angeles N 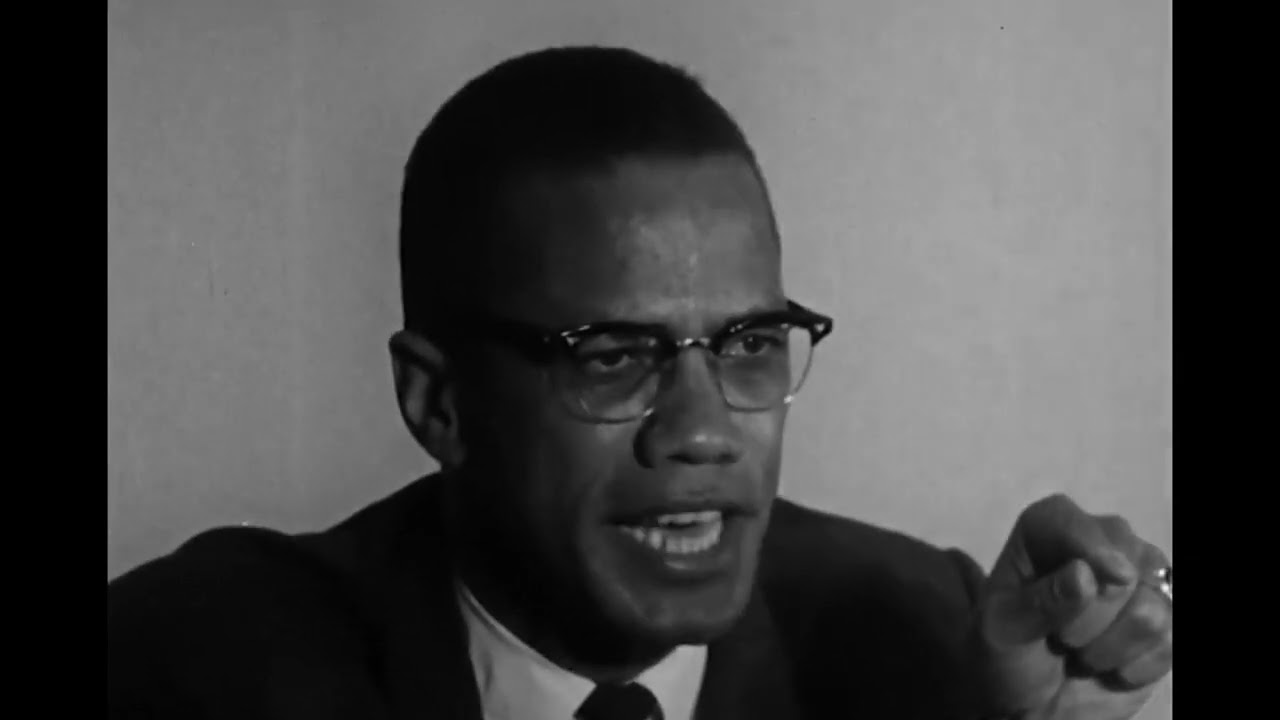 May 1, 1962 - Police Chief William H. Parker (pictured left with Mayor Sam Yorty) warned the criminal complaints committee of the Los Angeles grand jury today that there “are bound to be more frequent” clashes between his force and the Black Muslim brotherhood. One member of the Black Muslims was killed and six were wounded Saturday in a battle outside a Muslim Temple. Seven police officers were injured. Maclolm X, national spokesman for the Nation of Islam, has charged polic

Apr. 29, 1962 - The Rev. Dr. Martin Luther King Jr. (pictured with Dean Ernest Gordon) called on man today to be “maladjusted” to a society that allows segregation. In his sermon before 2,500 persons in the Princeton University Chapel, he asserted that men were “sleeping through a revolution.” “Man through his scientific genius made this world a neighborhood,” Dr. King said. “Now, through our moral and ethical lives, we must make it a brotherhood. All life is interrelated. Wh

Apr. 28, 1962 - Members of the Nation of Islam, sometimes referred to as Black Muslims, clashed with the police in Los Angeles last night in a battle that ended with one Muslim dead and at least 15 injured. The police said that the trouble began when a patrolman stopped to question a man who was selling clothing out of his car in a predominantly Negro district of the city. The patrolman reported that two men jumped him, and when he fired a shot, black-suited Muslims poured ou

Apr. 23, 1962 - Attorney General Robert F. Kennedy called today for more Americans to go abroad to explain the United States’ belief in individual freedom and its doctrine that “the state exists for the individual.” This would dispel massive misunderstanding abroad, he said. He also urged other countries to set up peace corps to join American volunteers in aiding less fortunate lands in a “fight for peace.” President Kennedy’s brother told the annual A.P. luncheon at the Wald

Apr. 20, 1962 - The Pentagon has directed that all-Negro and all-white Reserve units be integrated “as rapidly as is consistent with military effectiveness.” The directive, it disclosed today, does not apply to the National Guard, which the Defense Department said “is an organization of volunteers under the command of the respective Governors.” While side-stepping a possible clash with Southern Governors and Southern Congressmen, the Defense Department indicated it hoped to m

Apr. 16, 1962 - Three segregationists have been excommunicated from the Roman Catholic Church for attempting to “provoke” opposition to integration of church schools. The sentence of excommunication was published today on the orders of the Most Rev. Joseph Francis Rummel, Archbishop of New Orleans for 27 years. It marked his first use of this most serious of church penalties. Those affected are Leander H. Perez Sr., president of the Plaquemines Parish Council; Jackson G. Rica

Apr. 15, 1962 - A Negro leader in the civil rights movement today assailed other Negro leaders in that movement as “primarily interested in perpetuating themselves.” Louis Lomax, author of “The Negro Revolt” and “The Reluctant African,” urged students not to hitch their wagons to this leadership but to “strike out on your own.” He added that “now is the time for all good men to go to jail.” Mr. Lomax addressed 400 students of New England and Middle Atlantic region colleges in

Apr. 10, 1962 - Attorney General Robert F. Kennedy said that literacy and similar tests were now the principal device used to keep Negroes from voting in the South. He called for prompt action on the Administration’s bill to curb the misuse of such tests. The measure would bar states from denying the right to vote to any person with a sixth-grade education on the ground that he had allegedly failed a literacy or similar test. The Attorney General appeared before the Senate su

Apr. 3, 1962 - The city of Birmingham, Ala., withdrew its support today from the country program of surplus food for the needy. The action was taken in retaliation against what the Mayor called a Negro boycott of downtown stores. An overwhelming majority of the persons receiving the aid are Negroes. “We’ve got to do something to nip this boycott in the bud,” Mayor Arthur J. Hanes said after the three-man City Commission voted unanimously to hold out the city’s $45,000 share o

Mar. 28, 1962 - A program to increase Negro voter registration throughout the South was announced in Atlanta today. Major civil rights organizations have agreed to take part in the project. It will continue for at least two years and will be financed by initial foundation grants totaling $325,000. Among the organizations schedule to participate are the Congress of Racial Equality, the NAACP, the National Urban League, the Southern Christian Leadership Conference, and the Stud

Mar. 20, 1962 - Attorney General Robert F. Kennedy asked Congress today to toughen Federal statutes against police brutality. He proposed adding to existing civil rights laws a section aimed at misconduct by state and local officers. It would prohibit beatings or attempted beatings for extorting a confession or inflicting “summary punishment.” The Attorney General also asked for stiffer penalties than the present maximum of a $1,000 fine and a year in jail for an official who

Mar. 12, 1962 - Mike Mansfield (pictured center), the Senate majority leader, said today that he would call up for debate this week a constitutional amendment to abolish poll taxes. The move was a surprise. In a Congressional session already crowded with other highly charged issues, civil rights had drawn relatively little attention. The poll tax amendment is probably the mildest of all pending civil rights proposals and the least objectionable to Southerners. It is sponsored
12
3
45