June 27, 1962 - NASA announced today that the next man-in-space flight would be a six-orbit journey with Comdr. Walter M. Schirra Jr. (pictured) as pilot. The nine-hour flight is scheduled for September. Unlike the two earlier, three-orbit flights, the September flight will end in the Pacific rather than the Atlantic. The landing area will be near Midway Island, some 1,150 miles northwest of Hawaii. NASA officials explained that Project Mercury leaders wanted the longer missi

June 22, 1962 - Lieut. Col. John H. Glenn Jr., for the first time since he joined Project Mercury three years ago, is going on a camping trip with his wife and two children. Where and when the astronaut will go is a secret. “We would just love to be alone for a while,” Mrs. Annie Glenn said Wednesday. “John needs to get off by himself.” The Glenns used to take frequent camping expeditions but, said Mrs. Glenn, “John’s been a bit busy since then.” The family of Colonel Glenn,

May 30, 1962 - Boulder gave Lieut. Comdr. Scott Carpenter one of the greatest parades in Colorado history today to wind up his triumphal visit to his native state. A crowd estimated by the police at 300,000 persons turned out to salute the 37-year-old astronaut with cheers. The astronaut and his wife rode in an open white convertible in the parade, each with an arm around the other, and waved to the crowd. Commander Carpenter, his wife, Rene, and their four children left imme

May 27, 1962 - Lieut. Comdr. Scott Carpenter returned to the starting point of his space journey at Cape Canaveral today and was honored as a national hero. He admitted that as an “impatient” and “preoccupied” man he had made a few mistakes in orbit. “There were mistakes,” he said in a low, quiet voice, “and I am glad because we have learned a great deal from these mistakes.” But as the 37-year-old Navy pilot gave a “report of a working astronaut to the nation,” the emphasis

May 26, 1962 - Pravda published today a dramatic account of Lieut. Comdr. Scott Carpenter’s troubles in space but praised the American astronaut for his “great courage and endurance.” The report by Pravda’s New York correspondent, S. Vishnyevsky, described Commander Carpenter’s discomfort when cabin temperatures aboard the Aurora VII rose to 102 degrees. “From Cape Canaveral, the experts suggested to Carpenter that he drink as much water as possible. They couldn’t give him an

May 26, 1962 - Lieut. Comdr. Scott Carpenter made the mistake of leaving two control systems in operation in the final phase of his flight in the Aurora VII before firing the retro rockets to bring him out of orbit. This apparently accounts for the fact that the fuel supply on both systems reached dangerously low points. It does not necessarily account for the fact that the space capsule overshot its intended landing spot by 250 miles. Disclosure of the error was made by Proj

May 25, 1962 - The Project Mercury medical team pronounced Lieut. Commander Scott Carpenter today to have come through five hours in space with no significant physiological effects. The only physical reaction that surprised and somewhat puzzled the physicians was the action of the astronaut’s heart and blood system under the stresses of the spaceflight. At various times during the flight, it was disclosed, his blood pressure reached relatively high levels (210 plus over 60) w

May 25, 1962 - Now that Lieut. Comdr. Scott Carpenter has duplicated the success of Lieut. Col. John H. Glenn Jr. on a three-orbit Mercury flight, project officials are expected to press on to more ambitious things. The goal is to land a three-man expedition on the moon by the end of the decade. With luck, it is thought, this might be accomplished by 1968. NASA hopes to carry out the interim steps in accord with this approximate timetable: 1962 — A mission lasting up to seven

The Origin of "Aurora VII"

May 24, 1962 - It seems fitting that Lieut. Comdr. Scott Carpenter’s reasons for naming his spacecraft Aurora VII are both lofty and down-to-earth. Exercising the pilot’s prerogative of naming the bell-shaped 3,000-pound craft, he said he had chosen Aurora VII because: “I think of Project Mercury and the open manner in which we are conducting it for the benefit of all as a light in the sky. Aurora also means dawn — in this case, dawn of a new age. The seven, of course, stands

May 24, 1962 - The overshoot of Lieut. Comdr. Carpenter’s space capsule (pictured left) was said to have been caused by the fact that the nose of the Aurora VII capsule was pointed too high at the time the retro or braking rockets fired to slow its speed and bring it out of orbit. It was not until about an hour after receipt of Lieut. Comdr. Carpenter’s last spoken message as he descended from space that a plane sighted the astronaut bobbing in the ocean in a bright orange li

🚨Commander Carpenter Is Second American to Orbit the Earth

May 24, 1962 - Lieutenant Commander Scott Carpenter became today the second American astronaut to orbit the earth. His three-orbit trip ended, however, with a global audience suffering almost an hour’s anxiety about his safe return. It was three hours from the time his space capsule landed until he was plucked from a life raft by a rescue helicopter. And it was hours later before the capsule was picked up by the destroyer Pierce. Tonight, on Grand Turk Island in the British W

May 20, 1962 - Lieut. Comdr. Scott Carpenter will be the first American to eat solid food in space, according to present plans for his orbital flight. The purpose is to determine how well a person can eat, swallow, and digest solid foods while in the state of weightlessness. The experiment is a step toward developing foods that can be used to sustain astronauts during far longer flights than the three-orbit space trip Commander Carpenter is scheduled to make from Cape Canaver

May 17, 1962 - Project Mercury officials announced tonight that the three-orbit flight of Lieut. Comdr. Scott Carpenter (pictured right with John Glenn) had been postponed until Tuesday at the earliest. The delay was ordered so that additional safeguards could be built into the system for springing the parachutes that are used to lower Mercury capsules safely to earth. On the Feb. 20 flight of Col. John H. Glenn Jr., the six-foot-wide ribbon parachute, known as a drogue, depl

May 11, 1962 - Difficulties with a control system have forced a delay in the scheduled attempt to send Lieut. Comdr. Scott Carpenter (pictured) into orbit around the earth, NASA announced today. The flight “was rescheduled from May 17 to no earlier than May 19 due to difficulties in the spacecraft attitude control system,” the announcement said. This system keeps the vehicle properly oriented in flight. #NASA #Space #1960s #OTD #JFK #history #podcast

May 6, 1962 - Maj. Gherman S. Titov, the Soviet astronaut, proclaimed his disbelief in God today. He said he saw “no God or angels” during his 17 orbits of the earth. “Up to our first orbital flight by Yuri Gagarin, no god helped build our rocket,” he said. “The rocket was made by our people. I don’t believe in God. I believe in man, his strength, his possibilities, and his reason.” Major Titov expounded on his atheism after he and his wife had spent nearly two hours touring 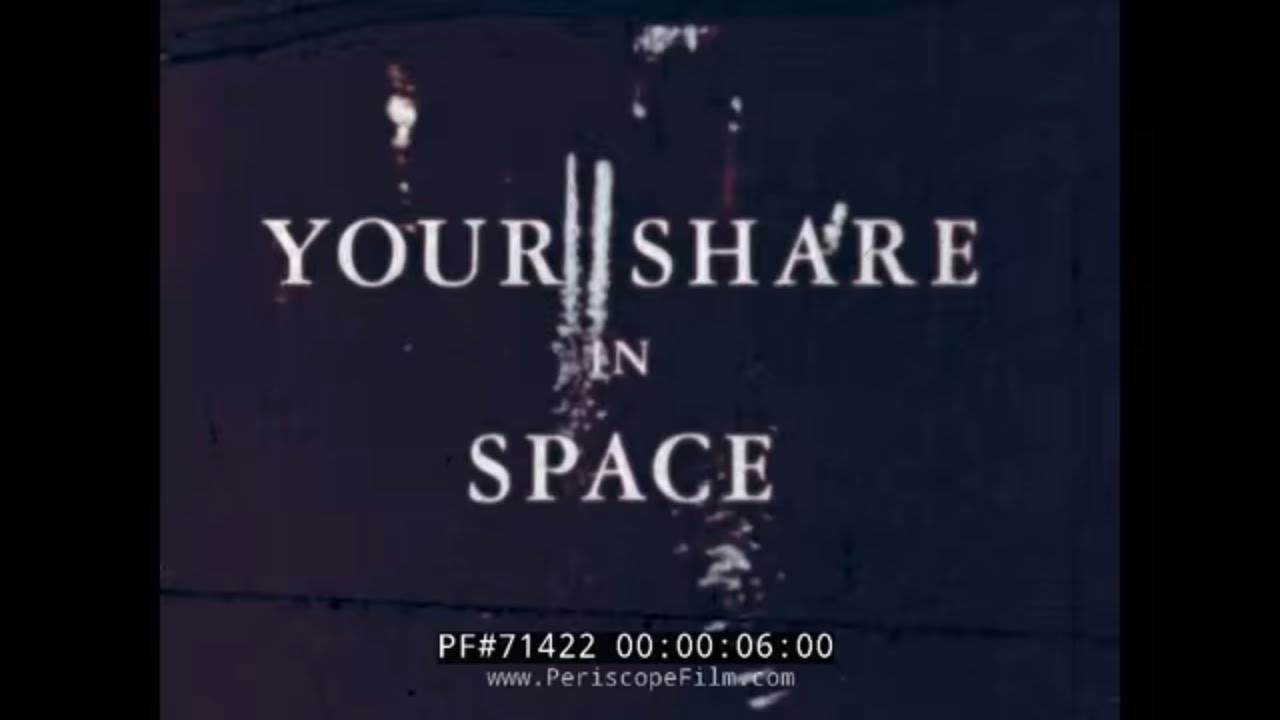 Mar. 30, 1962 - Maj. Donald K. Slayton’s fellow astronauts have appealed to President Kennedy to reverse the decision disqualifying him from the second United States orbital spaceflight. Nothing apparently came of the plea because the Air Force major (bottom, second from left) is still grounded. But a source close to the astronauts said they were “upset” about the abrupt shelving of Major Slayton because of an intermittent heart flutter. The sequel to Lieut. Col. John H. Glen

Mar. 15, 1962 - Major Donald K. Slayton (left) of the Air Force has been ordered for medical reasons to withdraw as the Project Mercury pilot scheduled to take the next orbital flight. NASA announced that the withdrawal had been ordered after the 38-year-old astronaut had shown a recurrence of a heart palpitation condition. M. Scott Carpenter (right), a 36-year-old Navy lieutenant commander, was designated as the substitute astronaut to take the three-orbit flight, scheduled

Mar. 14, 1962 - A group of rowdy youths cursed and scuffled with Lieut. Col. John H. Glenn Jr. (pictured with his wife Annie) outside a church-sponsored party for teenagers near Arlington, Va., last Saturday night. The incident occurred outside the Little Falls United Presbyterian Church, when the astronaut helped Rev. Frank Erwin, the pastor, quell a disturbance. Some of the youths had apparently been drinking. At one point, the astronaut firmly pushed a youth away from the

Mar. 3, 1962 - Lieut. Col. John H. Glenn Jr. almost lost his composure today when he received several tumultuous receptions in his hometown. The police estimated that 50,000 persons crowded into New Concord, Ohio, which has a population of 2,127. The throng lined the streets to cheer the astronaut, who had flown around the world three times in less than five hours since his last visit here. Later in the day, the astronaut seemed near tears several times as he sat before 2,300
1
234