Oct. 25, 1961 - President Kennedy gave his approval today for an underground nuclear explosion in the salt caverns of New Mexico as the first step in developing peaceful uses of atomic explosives. This first experiment in non-destructive uses is expected to take place in December in a mine shaft dug to a depth of 1,200 feet in a salt formation southeast of Carlsbad, N.M. The explosion will have a force of 5 kilotons, equivalent to 5,000 tons of TNT. A primary purpose of the e

Oct. 25, 1961 - The State Department announced today that the Soviet commander in Berlin had rejected a protest by the U.S. commander against an East German order requiring all foreigners to show their passports to enter East Berlin. Lincoln White, State Department press officer, said: “We regard this as a serious development and are taking it up with the governments concerned.” Mr. White said that U.S. officials, whether in military or civilian dress, have the right to enter

Oct. 24, 1961 - The White House said today that President Kennedy would receive advice on some of his future telecasts from Fred Coe, New York television producer. Mr. Coe is a longtime friend and admirer of the President who volunteered his services, and they were accepted. During the Eisenhower Administration, Robert Montgomery, the actor, gave technical advice on most of former President Eisenhower’s telecasts. #Podcast #podcasts #podcasting #podcaster #podcasters #podcast

Oct. 24, 1961 - Former President Eisenhower accused the Kennedy Administration today of doing “a good job of confusing me and all my friends.” At a rally at the New York Coliseum in support of Attorney General Louis J. Lefkowitz, the Republican candidate for Mayor of New York, the former President referred to the Peace Corps as a “juvenile experiment.” Most of General Eisenhower’s criticism, however, was directed at the Kennedy Administration’s fiscal policy. He is confused a

Rockefeller: Kennedy Not “Unbeatable” in 1964

Oct. 23, 1961 - “I don’t think anybody is unbeatable,” Governor Rockefeller (right) of New York said today when asked whether a Republican could defeat President Kennedy in 1964. He recalled that in 1958 he was told that his predecessor, Averell Harriman, a Democrat, was unbeatable. Mr. Rockefeller is visiting various parts of the country on a speaking tour. The reference to 1964 came when he was asked to comment on remarks attributed to former Vice President RIchard M. Nixon

Oct. 23, 1961 - The Soviet Union conducted the largest man-made explosion in history today by detonating a thermonuclear bomb with a force equal to 30 million tons or more of TNT. Two hours after this atmospheric explosion, a small atomic device was detonated beneath the water, the first underwater Soviet explosion to be announced. Both explosions, the 22nd and 23rd since the Soviets resumed testing on Sept. 1, were conducted in the vicinity of the island of Novaya Zemlya, th 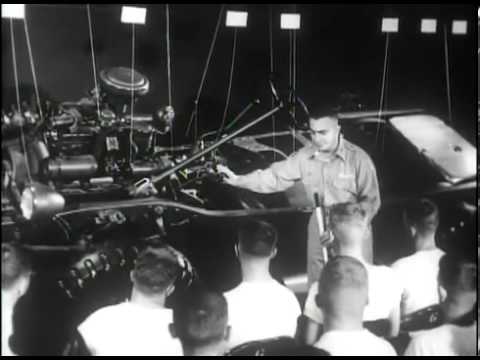 Oct. 22, 1961 - Perhaps the White House’s most voracious reader since Teddy Roosevelt, President Kennedy daily digests a mountain of reports, documents, and top secret cables. He also scans American and foreign newspapers, news magazines, and scholarly works on history and current affairs. Of late, he has also dipped into best-selling fiction. Among the novels he has read recently is “Mila 18,” Leon Uris’s account of the wartime Warsaw ghetto uprising of 1943. Mr. Kennedy has

Oct. 22, 1961 - President Kennedy has given up the short cigars he favored when he first entered the White House and now smokes a new model that is approximately one inch longer. The President found that one of the shorter cigars would not last through the average high-level White House conference, hence the change. #Podcast #podcasts #podcasting #podcaster #podcasters #podcastlife #podcastshow #podcastlove #podcastaddict #podcasthost #history #HistoryNerd #historyinpictures

Oct. 22, 1961 - Nine armed United States soldiers moved into East Berlin twice today to enforce the right of an American diplomat to enter the Communist-held sector. The diplomat had been stopped by East German border guards. It was the first time armed U.S. troops had crossed into the Communist sector of Berlin during the current crisis. The soldiers, a military police patrol, advanced from West Berlin to provide an escort for E. Allan Lightner Jr., assistant chief of the U.

Oct. 21, 1961 - President Kennedy will witness Navy and Marine Corps amphibious exercises at San Diego, Calif., on Nov. 18, the White House said today. Mr. Kennedy’s appearance at San Diego will be an extension of a Western speaking trip already announced. He will speak at Seattle and Phoenix on Nov. 16 and 17. In Newport, R.I., where the President is spending the weekend with Mrs. Kennedy and their two children, he will have lunch tomorrow with Adlai E. Stevenson, chief del

Kennedy Spokesman: Anyone Who Attacks U.S. Will Be Destroyed

Oct. 21, 1961 - The U.S. is so strong and its power so well-deployed that an aggressor making a sneak nuclear attack would invite self-destruction, an Administration spokesman said today. Roswell Gilpatric (pictured between President Kennedy and Robert McNamara), Deputy Secretary of Defense, said the Government’s confidence in its ability to deter Communist action was based on an appreciation of the military power of each side. Mr. Gilpatric’s remarks were cleared at the high

Oct. 20, 1961 - President Kennedy has started a daily program of exercises to strengthen his muscles and remove fear that his chronic back trouble will flare up again. He began the exercises in the White House gymnasium today under the supervision of Dr. Hans Kraus, associate professor at NYU Medical School. Dr. Kraus is regarded by Mr. Kennedy’s regular physician, Dr. Janet G. Travell, as an expert on the therapeutic approach to physical fitness. The President is hopeful tha

Become a Patreon subscriber and join the family

Our content is available for free, which means we rely on your generosity. To support the work that we do, please become a subscriber on Patreon. Thank you! #Podcast #podcasts #podcasting #podcaster #podcasters #podcastlife #podcastshow #podcastlove

Oct. 19, 1961 - The Communists are offering prizes to children who betray people, including family members, trying to escape from East Germany. Footballs and track suits have been handed out to young informers in the border area. The vigilant youngsters are all members of the Young Pioneers (pictured), the junior Communist youth movement for 10 to 14-year-olds. #Podcast #podcasts #podcasting #podcaster #podcasters #podcastlife #podcastshow #podcastlove #podcastaddict #podcast

Oct. 18, 1961 - Former President Dwight D. Eisenhower (pictured the day before his inauguration in 1953) said today that the Western world should capitalize on its “unique” spiritual strength in the Cold War with the Communist world. In a speech delivered at the annual dinner of the Alfred E. Smith Memorial Foundation in New York, the general asserted that the West had a greater appeal to world opinion than the Communist because it was committed to spiritual values that the C

Highlights of Khrushchev Speech in Moscow

Oct. 18, 1961 - Following are highlights of Premier Khrushchev’s speech yesterday at the 22nd congress of the Soviet Communist party in Moscow: - World’s Future: The downfall of imperialism and the triumph of socialism are inevitable. - United States: “American capitalism has passed its prime and is declining.” - Wages: By 1970, no workers in the Soviet Union will be receiving low wages. - Steel: By 1970, Soviet steel output will exceed present U.S. production by 55 million m

Oct. 17, 1961 - The U.S. called upon the Soviet Union today to reconsider the planned explosion of a fifty-megaton atomic weapon. Such an explosion would serve “no legitimate purpose,” a statement by the White House said. The statement said that the testing of a 50-megaton bomb was not essential for either military or technical reasons and would only have the effect of adding to the radioactive fallout produced by the current intensive series of atomic tests by the Soviet Uni

Oct. 17, 1961 - Former President Dwight D. Eisenhower (pictured in Warsaw in 1945) said today that he did “not know the right answer to give the people” on whether to build fallout shelters. He said he had been urged to build a shelter on his farm at Gettysburg and that he would do it “if I were not so deeply certain that it would alarm the people.” General Eisenhower was asked if the fact that both the Communists and the West had atomic bombs would preclude the use of nuclea

Oct. 17, 1961 - Premier Khrushchev said today that he would withdraw his deadline for a German peace treaty this year if the Western powers showed readiness to negotiate on Berlin and Germany. Mr. Khrushchev made his offer in an address opening the 22nd congress of the Soviet Communist party. He coupled this proposal with an announcement that the Soviet Union would probably end its tests of nuclear weapons this month with the explosion of a 50-megaton hydrogen bomb. Such a bo
34
5
67