Oct. 19, 1961 - Ten-month-old John F. Kennedy Jr. is now standing in his crib. Pamela Turnure, press secretary to Mrs. Jacqueline Kennedy, said today that John Jr. had seven teeth, three on the bottom and four on top. He also has good lungs and a hearty appetite, she said. “He’s a very healthy baby,” she said. “He stands in the crib, and he crawls on the floor.” The White House plans to issue an official photograph of the baby on his first birthday, Nov. 25. #JFK #jfkairport 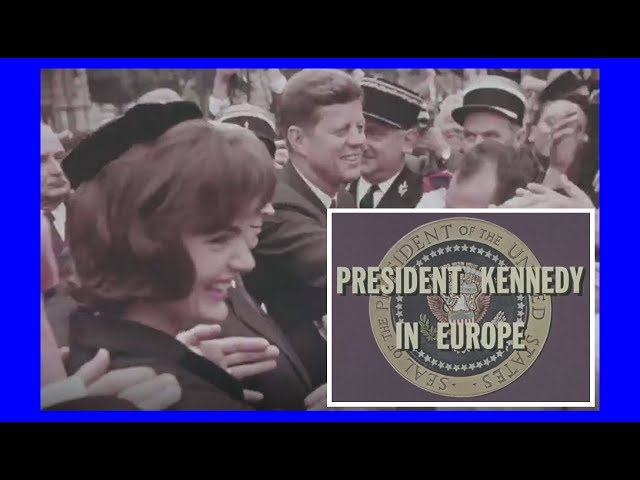 Oct. 17, 1961 - President and Mrs. Kennedy tonight attended half the opening performance of the National Symphony Orchestra’s concert season. After a small private dinner at the White House for Presidential aides, Mr. and Mrs. Kennedy drove to Constitution Hall at intermission time. Sitting in the Presidential box, they listened to the orchestra perform Tchaikovsky’s Fifth Symphony, one of Mr. Kennedy’s favorite classics. The director of the National Symphony, Howard Mitchell

Oct. 8, 1961 - Even his detractors on the staff of the Senate Permanent Investigations Subcommittee were chuckling over the comment of James R. Hoffa about his summons to testify Monday. Mr. Hoffa, president of the Teamsters Union, was summoned by Senator James O. Eastland, Democrat of Mississippi, to tell about possible Communists among members of his Union. Mr. Hoffa said: "There are no more Communists in the Teamsters Union than in the Catholic Church." He added for good m

Oct. 5, 1961 - House Speaker Sam Rayburn (pictured at last year's Democratic National Convention), 79 years old, is suffering from cancer. Hospital tests today showed that there was no hope of recovery. A tissue sample from Mr. Rayburn's groin contained a "metastatic malignancy." This meant that the cancer had developed somewhere else, probably the pancreas, and that the cells had spread the malignancy to other parts of the body. Asked how long Mr. Rayburn would live, Dr. Rob
12131415
16
bottom of page