Dec. 31, 1961 - President Kennedy and Premier Khrushchev, in an exchange of New Year’s greetings made public today, assured each other of a firm resolve to find a durable peace in 1962. Wishing the Russian people “a peaceful and prosperous New Year,” Mr. Kennedy expressed the hope that 1962 “will bring an improvement in the relations between our countries, upon which so much depends.” The Soviet Premier wished “peace and happiness” to all Americans and to the President and hi

Dec. 29, 1961 - Mrs. Edith Wilson (pictured in 1915), the former First Lady, died last night at the stately Washington townhouse that became her home when she and the World War I President left the White House more than 40 years ago. She was 89 years old. Mrs. Wilson, who had no children, married the President when he was serving his first term. She shared many of Wilson’s political and wartime trials and finally, acting as intermediary between him and his associates during h

Dec. 27, 1961 - The end of a long-standing legislative impasse between New York and New Jersey appeared imminent today. Governor-elect Richard J. Hughes (pictured with President Kennedy in October), meeting with the Democratic majority in the 1962 State Assembly, won its unqualified endorsement of legislation that would enable the Port of New York Authority to erect a World Trade Center in lower Manhattan and to purchase and operate the Hudson and Manhattan Railroad. The legi

Dec. 27, 1961 - President Kennedy passed his physical examination today with high marks, but did not quite make straight A’s. The President is in “excellent general health” and exercises have strengthened his back, the official bulletin said, but he is not yet in shape for vigorous physical activity. Dr. Preston Wade of the New York Hospital-Cornell Medical Center, whose principal field is orthopedics, made the examination of the President. The President strained a muscle in

Dec. 26, 1961 - General Dwight D. Eisenhower and his family visited Disneyland today, and the former President seemed almost as delighted as his four grandchildren. “Oh boy, Mamie, look at that!” Gen. Eisenhower exclaimed to his wife when he saw the amusement park’s version of a Mississippi riverboat. The general went on some rides himself. But he contented himself with watching when the children rode about in miniature cars with the help of their parents, Lieut. Col. John S.

Dec. 25, 1961 - Communist border guards arrested three East Berliners today who waved at relatives in the West across the wall dividing the city, the West Berlin police said. The three, two men and a woman, approached the wall from the eastern side across from the French sector. Witnesses told police the three were arrested immediately and taken away in a truck. It was the only border incident reported on what the West Berlin police described as an unusually quiet day along t

Dec. 25, 1961 - President Kennedy and his family observed the customs of Christmas today, but misfortune dimmed the merriment. Joseph P. Kennedy, the head of the family that now counts 20 grandchildren, lay partly paralyzed from the effects of a stroke. The President, looking drawn, stayed at his father’s bedside until nearly midnight yesterday and returned there after 10 o’clock mass this morning. The First Lady was at his side. As they left the hospital 50 minutes later, Ba

Dec. 25, 1961 - President Kennedy told West Berliners in a Christmas message today that the beacon of freedom in Berlin “will continue to shine brightly for many years to come.” “We are at your side — as before. We shall stay,” the President declared on a special television program. “Until truly there is goodwill among men, not walls to divide them, our pursuit of peace shall continue.” Gen. Lucius Clay, the President’s personal representative in Berlin, said in a message on

Dec. 24, 1961 - Joseph P. Kennedy (pictured last Christmas Eve with his wife Rose), partly paralyzed by a stroke, has been stricken with pneumonia. He underwent surgery today to relieve congestion. An announcement by Pierre Salinger, White House Secretary, said: “The President’s father incurred a mild pneumonia during the past 24 hours. The doctors began at 3:45 p.m. to perform a tracheotomy to relieve the congestion in the chest and throat.” In a tracheotomy, the windpipe is

Dec. 24, 1961 - Attorney General Robert F. Kennedy played Santa Claus today for children in the Negro ward at St. Mary’s Hospital, where is father is recovering from a stroke. He ducked in a back door to deliver a load of toys. Nurses said he told them he did not want word of his gifts to get out. But it was a hard secret to keep in a hospital at Christmas time. The Attorney General let the youngsters open one of their presents while he watched. But he told them that each wou

Dec. 23, 1961 - Joseph P. Kennedy, President Kennedy’s 73-year-old father, improved “considerably” in the last 24 hours, it was announced today. Although the former Ambassador to Britain is regarded as out of danger, his functional recovery remained in doubt. There has been slight functional improvement of the right leg, but Mr. Kennedy is still unable to speak. President Kennedy planned at least one visit to his father’s bedside in Palm Beach’s St. Mary’s Hospital today. His

Dec. 22, 1961 - President Kennedy and Prime Minister Macmillan agreed today to seek renewed diplomatic contacts with the Soviet Union on the question of Berlin. They also agreed that adequate preparations should be made for a resumption of nuclear tests in the atmosphere. The agreements were reported following the two-day meeting in Bermuda between the American and British leaders. The two leaders decided that the renewal of efforts on the Berlin situation would be made by th

Dec. 22, 1961 - Hunter College’s refusal to permit programs sponsored by William F. Buckley Jr. (pictured), editor of The National Review, in its auditorium was defended and attacked in New York Supreme Court today. Mr. Buckley and William A. Rusher, publisher of The National Review, have brought an action seeking to order the college to renew a contract for the use of the auditorium. For several years, The Review has sponsored speeches or symposiums in the Hunter College ass

Dec. 22, 1961 - Attorney General Robert F. Kennedy will make a round-the-world tour with his wife beginning in early February. The President’s brother will visit Tokyo and several other cities in Japan during a 6-day stay from Feb. 4 to 10. Thereafter, he will journey to Jakarta, capital of Indonesia; make a brief stop in Teheran, capital of Iran; and continue on to Rome, Berlin, and Bonn. The Attorney General, according to informed sources, has felt for some time that since

Dec. 21, 1961 - Doctors held out slightly more hope today for Joseph P. Kennedy (pictured with the President in March), although his condition remained serious. The President’s father, who is unable to speak or to take food by mouth, is being fed intravenously. A thrombosis, or cerebral occlusion, blocking the flow of blood, occurred in the middle part of the brain. Because of the location of the clot, relief by surgery was ruled out and physicians hope to thin it out by medi

Dec. 21, 1961 - President Kennedy and Prime Minister Macmillan opened a two-day meeting in Bermuda today with discussions of Soviet progress in nuclear weapons, the Berlin question, and the crisis in the Congo. One of the principal conclusions reached by both sides was that the Soviet Union had made progress in the development of the anti-missile missile. While it is believed that in order to make similar progress, the U.S. and Britain would have to conduct atmospheric tests

Dec. 20, 1961 - Joseph P. Kennedy remained in a serious condition tonight as a result of a stroke yesterday. President Kennedy (pictured outside the St. Mary’s Hospital) made three visits to his father’s bedside the hospital in Palm Beach today. An afternoon announcement by Pierre Salinger, White House press secretary, said: “While Ambassador Kennedy’s condition remains serious, the physicians have advised the President that they feel his father’s condition is such it is poss

Dec. 19, 1961 - Joseph P. Kennedy, 73-year-old father of the President, suffered a stroke at his home in Palm Beach, Fla. today. President Kennedy flew there from Washington and went immediately to St. Mary’s Hospital (pictured), where the elder Mr. Kennedy, the former Ambassador to Britain, was undergoing emergency treatment. Medical sources said there had been some paralysis but that they would not know how serious the condition of the President’s father was until diagnosti

Army Answers Reservists' Questions with Pamphlet Called "Why Me?"

Dec. 19, 1961 - The Army issued today a pocket-size, 12-page pamphlet entitled “Why Me?” to National Guard and Army Reservists who have been called to active duty. The pamphlet includes 15 “questions most frequently asked by Army National Guardsmen and Reservists.” In answer to the first question, “Why was the build-up necessary?” the pamphlet says: “Increasingly hostile behavior by the Sino-Soviet bloc made it necessary to build up U.S. military strength immediately to demon 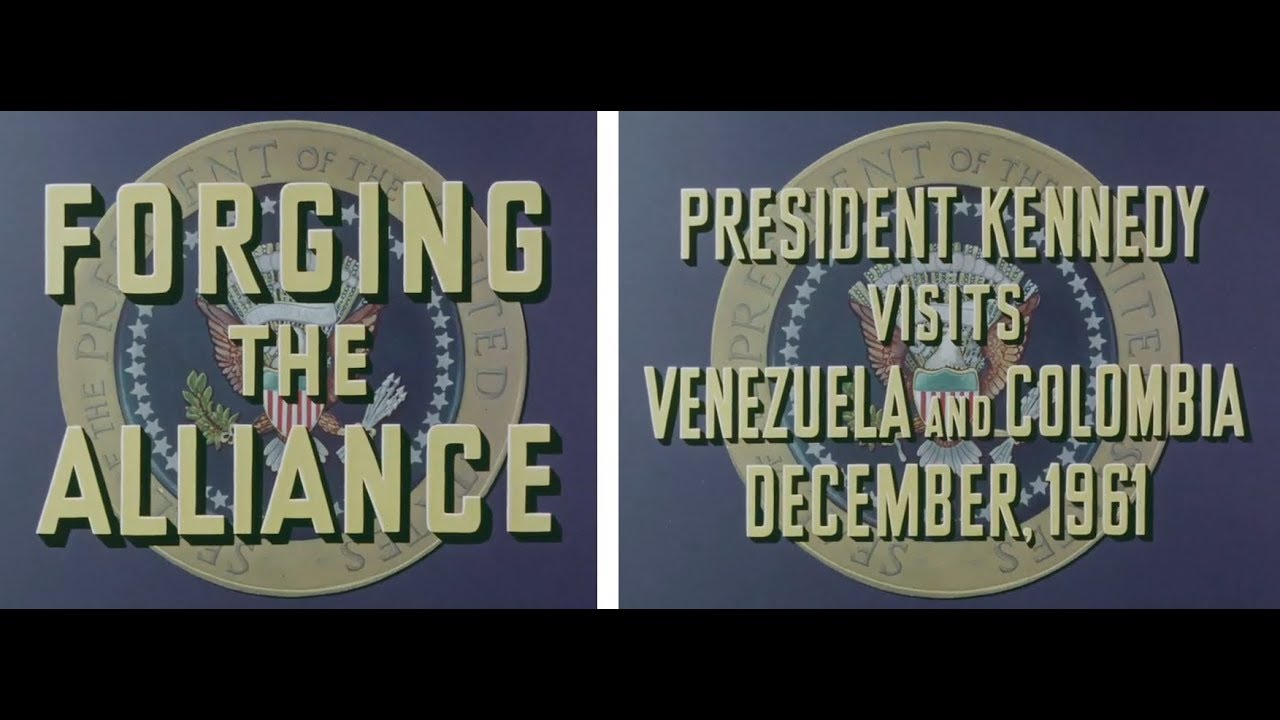