Jan. 11, 1962 - A United States Air Force B-52H superbomber equipped for launching missiles broke a world record today by flying 12,519 miles non-stop from Okinawa to Madrid without refueling. The jet plane, which is powered by eight turbofan engines, exceeded by 1,283.4 miles the old distance record without refueling, set in 1946 by a U.S. Navy patrol plane named the Truculent Turtle. The jet, in its flight halfway round the world, claimed 10 other speed and course marks. Wi

Jan. 11, 1962 - A plan by U.S. officials to “defoliate” trees and bushes in South Vietnam with a chemical sprayed from planes as a means of combating Communist guerrilla operations has been delayed. The question of how to publicize this form of chemical warfare has held up the program for several weeks. Meanwhile, agents of the Viet Cong have spread reports of American plans to cut a swath of devastation through the countryside. The spraying now is expected to begin soon, fol

Jan. 9, 1962 - Secretary of Defense Robert S. McNamara has expressed the nation’s gratitude to the more than 150,000 reservists and National Guardsmen called to active duty last fall. Morale-building letters went out yesterday to the families of the men called to active duty as a result of the Berlin crisis. “We are taking other steps to convince the Soviet bloc we mean business, and as we build our strength in these other ways it will become possible to release the reservist 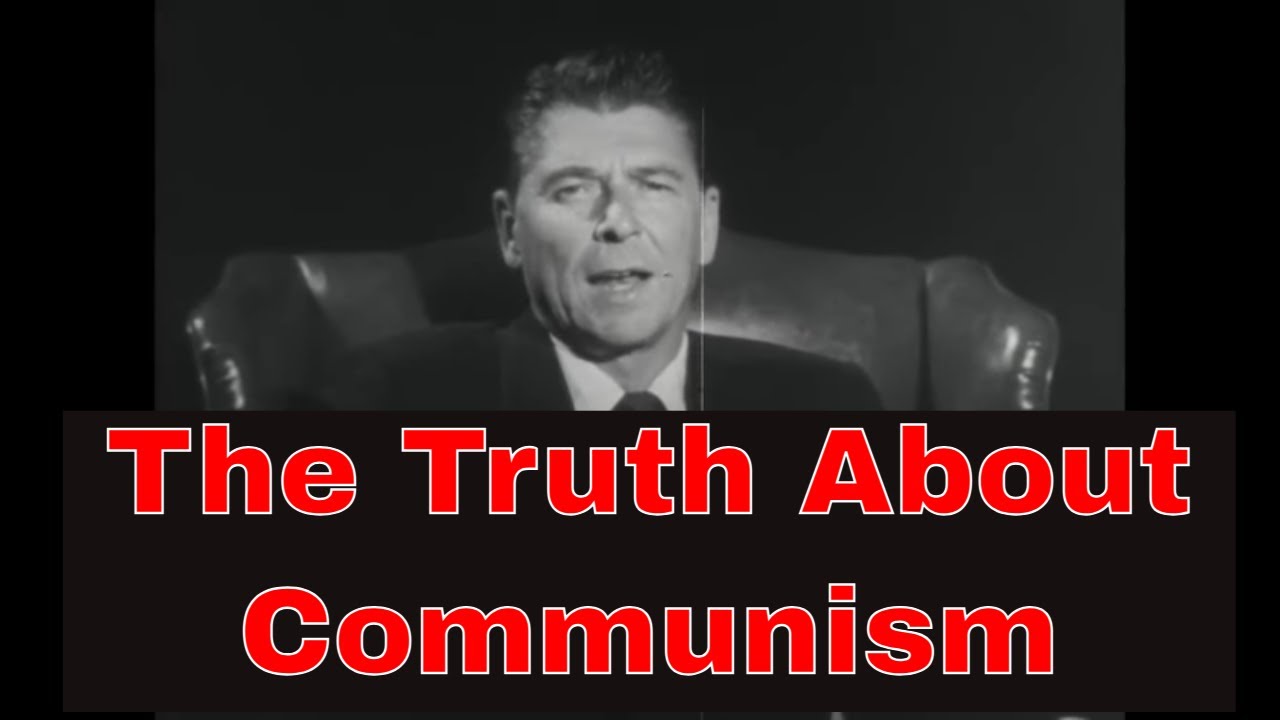 Documentary: "The Truth About Communism," Narrated by Ronald Reagan

Jan. 9, 1962 - The Kennedy Administration believes there is a fairly good chance of saving South Vietnam from communism, but it foresees a long and bitter struggle lasting many years without dramatic victory or resolution. Reassessments of the military situation in South Vietnam and of the willingness of President Ngo Dinh Diem to seek wider support from his peasant people have also led officials in Washington to conclude that the country can be preserved without any large-sc

Jan. 6, 1962 - An American construction foreman on the $4 million Saigon airport improvement project was fatally wounded in an ambush today by Communist guerrillas. Clyde Summers, of California, died in a Saigon hospital. Mr. Summers, the superintendent at a quarry north of Saigon, was caught in the ambush while riding in a pickup truck. With bullets in his legs, shoulder, and back of the head, he shouted to the Vietnamese driver to speed up. Then he lost consciousness. The d

Jan. 4, 1962 - General David M. Shoup, the U.S. Marine Corps commandant, said that today’s Marines need to toughen up. He said the corps had “scored some bulls-eyes” in 1961, but that “Maggie’s drawers also flew.” “Maggie’s drawers” is a military term for a red flag that is waved by firing range personnel when a rifleman misses the target. As an example of failure, General Shoup recalled watching a platoon attending a lecture on guerrilla warfare tactics. He said they “looke

Jan. 4, 1962 - The United States and South Vietnam announced today a “broad economic and social program” to raise living standards in South Vietnam. The program was explained by State Department officials as an effort to demonstrate Washington’s faith in the future of a free South Vietnam, to complement substantial increases in military aid, and to enhance the popularity of the Government of President Ngo Dinh Diem. The development program is part of a larger effort to help S

Jan. 3, 1962 - The West was said today to be hoping for a live-and-let-live arrangement with the Soviet Union on Berlin and Germany. It would leave the situation essentially unchanged and enforced primarily by a desire on both sides to avoid armed conflict. This arrangement would give the Russians the apparently desired chance to stabilize the East German Communist regime behind the wall erected through Berlin while allowing the Allies and West Germans unabridged rights of ac

Jan. 3, 1962 - The United States has told the Inter-American Peace Committee that Cuba “represents a bridgehead of Sino-Soviet imperialism and a base for Communist agitation and subversion within the inner defense of the Western Hemisphere.” In a 12,000-word document to the committee Dec. 6, the United States said that Cuba had received “tens of thousands of tons” of weapons from Communist countries valued at roughly $80 million. This, it was said, puts Cuba in a position to

South Vietnam To Use New Techniques to Attack Reds

Dec. 31, 1961 - Aided by a build-up in U.S. military support, South Vietnam is preparing a strong counter-offensive against Communist guerrilla forces threatening President Diem’s pro-Western Government. Numerous techniques are being inaugurated to help turn the tide of battle against the Viet Cong, as the Communist guerrillas are called. One of these techniques is “defoliation” from the air (pictured), a chemical means of stripping leaves from the foliage that hides Viet Con

Dec. 30, 1961 - A United States Army specialist kidnapped by Communist guerrillas on Christmas Day is alive, reliable sources said today. The sources said that the guerrillas had displayed the 26-year-old soldier before gatherings of peasants as an “American imperialist trying to conquer South Vietnam.” The soldier, a teacher of English evening classes, was riding a bicycle toward a village north of Saigon to visit one of his students when he was kidnapped. Since the incident

Dec. 29, 1961 - American military personnel in South Vietnam were instructed today to stay within the Saigon (pictured) city limits. Military officials also urged the soldiers to travel with companions whenever possible. The action followed official confirmation by the military advisory group that a 26-year-old American army specialist was missing. He was last seen on the streets of Saigon Christmas morning. The young soldier taught several evening classes in English and had

Dec. 28, 1961 - A United States Army sergeant is believed to have been kidnapped by the Viet Cong (pictured), as the Communist guerrillas in Vietnam are known. The soldier disappeared on Christmas while on a holiday trip near Saigon. Since then, helicopter and ground search parties have been constantly looking for him. The latest Communist propaganda in Saigon now blares: “Kill all Americans!” and “Throw the American imperialists out of South Vietnam!” The reported kidnapping

Dec. 25, 1961 - Communist border guards arrested three East Berliners today who waved at relatives in the West across the wall dividing the city, the West Berlin police said. The three, two men and a woman, approached the wall from the eastern side across from the French sector. Witnesses told police the three were arrested immediately and taken away in a truck. It was the only border incident reported on what the West Berlin police described as an unusually quiet day along t

Dec. 25, 1961 - Two South Vietnamese paratroopers were killed and three Americans injured Saturday when a U.S. Army helicopter crashed near Communist guerrilla territory west of Saigon. The helicopter was carrying the South Vietnamese paratroopers on a combat mission. Communist rebels fired a mortar and rifles at the fallen helicopter, hitting its body. The American crewmen burned the aircraft to keep it out of rebel hands. The helicopter was one of 36 that arrived in Saigon

Dec. 19, 1961 - U.S. military men in South Vietnam were understood today to be operating in battle areas with South Vietnamese forces that are fighting Communist guerrillas. Although the Americans are not engaged in actual combat operations, they are authorized to shoot back if fired upon. About 2,000 Americans in uniform are now in South Vietnam. These soldiers, under new arrangements with the Government there, are taking part in tactical operations in battle areas. The oper

Dec. 15, 1961 - The General Assembly rejected today a proposal to seat Communist China in the United Nations. The vote was 48 against the proposal and 37 for it. Nineteen nations abstained. The margin against admitting the Beijing Government, contrary to general expectations, was slightly larger than it was last year. It amounted to a somewhat firmer U.S. victory — at least for now — than the American delegation had expected. #Podcast #podcasts #podcasting #podcaster #podcast

Dec. 11, 1961 - Two U.S. Army helicopter companies arrived in Saigon today. The helicopters, to be flown and serviced by U.S. troops, are the first direct military support by the U.S. for South Vietnam’s war against Communist guerrilla forces. At least 33 H-21C twin-rotor helicopters and their pilots and ground crews, an estimated total of 400 men, arrived aboard the Military Sea Transportation Service aircraft ferry Core. In the anti-guerrilla operations in the mountains, he
34
5
67