July 14, 1962 - Playing the Dodgers at the Polo Grounds today, the Mets took a dreadful beating by a score of 17-3. It was their third loss in a row to Los Angeles. As more than one onlooker doubtless felt, Casey Stengel might have done better to loan his Met uniforms to some of the stars of yesteryear who entertained the crowd during the Old-Timers game that preceded the Mets’ latest fiasco. The Dodgers battered 5 of Stengel’s pitchers for 16 hits, including homers by Willie

July 14, 1962 - In a 10-inning carnival of good wood, the Yankees defeated the Los Angeles Angels, 9-8, today before a roaring crowd of 35,228 at Chavez Ravine Stadium. Seven home runs split the smoggy air over Los Angeles. Only two were hit by Yankees, but it was Tom Tresh’s seventh of the year that broke a 7-7 tie and gave the Bombers their only victory of the three-game series. The triumph enabled the Yankees to increase their league lead over the third-place Angels and th

July 13, 1962 - The Pittsburgh Pirates completed five double plays tonight in support of Bob Friend (right) as he shut out the Houston Colts, 4-0, for the Pirates’ sixth straight victory over Houston. Friend, winning his ninth game against nine losses, gave eight hits and repeatedly got out of trouble with the double play. He fanned four. The third-place Pirates scored a pair of runs in the first on Bill Virdon’s double, Bob Skinner’s single and stolen base, and a single by R

July 12, 1962 - Willie Mays made three hits, knocked in a run, stole a base, and scored on an infield out as the San Francisco Giants topped the Philadelphia Phillies, 5-3, today. Jack Sanford, in his first start of the year against his former teammates, gained his 10th victory, though he gave way to Stu Miller in the eighth after Roy Sievers had hit his 10th homer and Clay Dalrymple had doubled. Miller gave a single to Don Demeter and then halted the threat. Mays singled hom

Mets Shut Out Again by Koufax

July 12, 1962 - The New York Mets made a noble effort today to make some sort of impression on the National League pennant race. However, being more than 30 games out of it, they never came close to their target. The Dodgers, behind the effective pitching of Sandy Koufax (pictured) and Larry Sherry, shut them out, 3-0, in the opener of a 3-game series before 15,719 in the Polo Grounds. Thus, Walter Alston’s club maintained its place at the top, while Casey Stengel’s lads, str 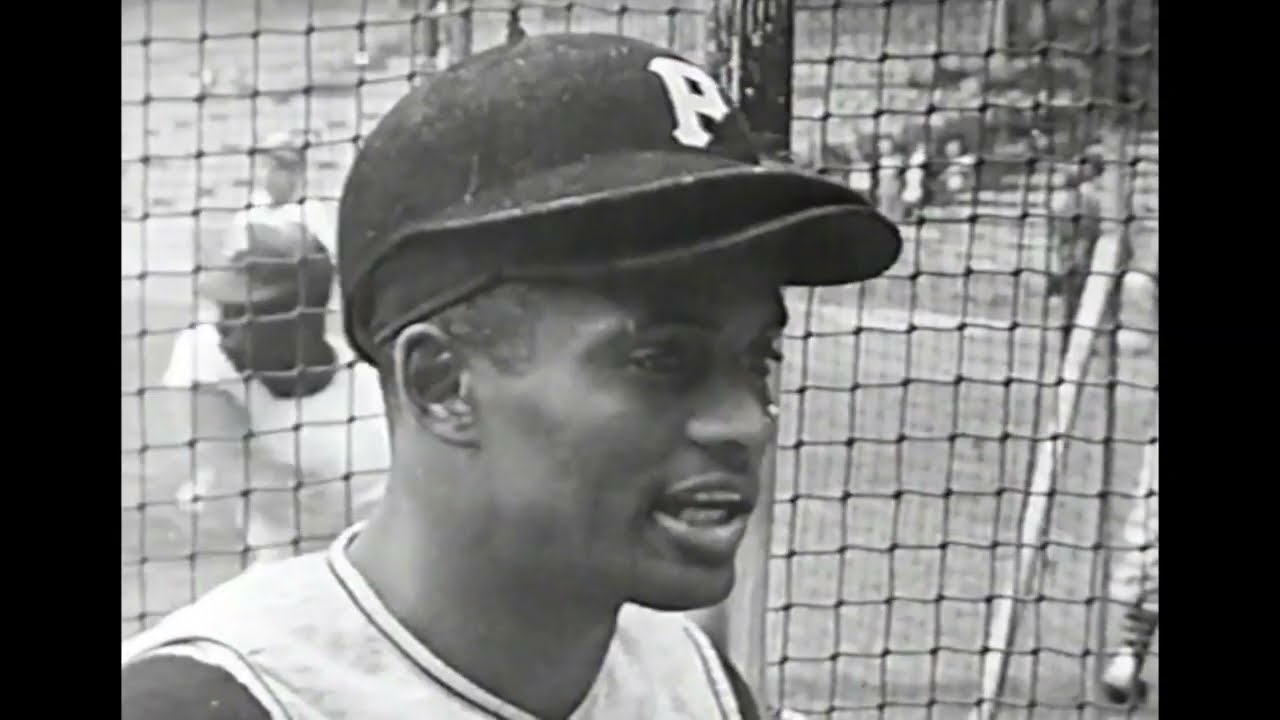 July 11, 1962 - The Philadelphia Phillies beat the Houston Colts tonight for the eighth time in eight games as Art Mahaffey (pictured) posted his eleventh victory, 6-1. Roy Sievers drove in four runs with his ninth homer and a double. A rookie, Ted Savage, also connected as the Phillies made good use of their six hits off Hal Woodeshick and Dick Drott. Mahaffey, who has won five of his last six starts and completed all of them, allowed no hits until the fourth when Joe Amalfi

July 10, 1962 - The National League spiked the big guns of the American League today, turned on a bit of blinding speed on its own behalf, and won the first of 1962’s two All-Star Games. The score was 3-1. A crowd of 45,480 that included President Kennedy and Vice President Johnson saw the action in Washington’s new $24 million District of Columbia Stadium. The spotlight today belonged to the Dodgers’ Maury Wills. Entering the lineup in the sixth inning to pinch-run for Stan

July 8, 1962 - Sandy Koufax today became the National League’s first left-hander to strike out 200 batters 2 seasons in a row, as the Los Angeles Dodgers moved back into first place with a 2-0 victory over the San Francisco Giants. Koufax, who fanned nine and gave three hits, received ninth-inning help from Don Drysdale after yielding a pinch-single to Bob Nieman and walking Jim Davenport. Koufax, his fastball zipping and his control near perfect until the ninth, retired the

July 8, 1962 - There is no doubt about it now, and it is a great pity: at the age of 41, Stan Musial is just about washed up. He struck out on a wild pitch in the eighth inning today. And this after he had looked so good hitting three home runs in a row against the Mets. “Yeah, I looked terrible on that one,” Musial said with a grin after St. Louis had routed the Mets, 15-1, with a furious display of power. “The only time I tried for a homer today was the time I looked bad!”

July 6, 1962 - Right-hander Juan Marichal struck out 13 tonight as his San Francisco Giants unleashed an 11-hit attack to whip the visiting Los Angeles Dodgers, 12-3. The Giants climbed again to within half a game of the National League leaders. Marichal scored his 12th victory of the season as the Dodgers, errorless in their last 9 games, committed 5 errors tonight and saw their winning streak of 7 ended. Every Giant in the starting lineup collected at least one hit or run e

July 6, 1962 - The Yankees’ murderous home-run duo of Maris and Mantle continued its fantastic pace today. With each blasting two home runs for the second time in the last four games, the Bombers brought down Minnesota’s spunky Twins, 7-5, in the opener of a 3-game series. The 4 homers, which brought Maris’s total to 21 and Mantle’s to 17, accounted for 6 of the Yankees’ 7 runs. The defeat reduced to silence a crowd of 40,944, the second largest in the two-year history of the

July 5, 1962 - A sad thing happened to the San Francisco Giants today on their way to the top of the National League. A bunch of thugs from Los Angeles pummeled and stole them blind. The hated Dodgers stretched their league lead to one-and-a-half games by rapping four homers and stealing four bases in humiliating their arch-rivals, 11-3. With such backing, Don Drysdale had no trouble breezing — and that’s the word in bayside Candlestick Park — to his 15th victory of the year.

July 5, 1962 - Don Dillard’s ninth-inning home run gave the Cleveland Indians a 7-6 victory over the Detroit Tigers tonight despite three consecutive home runs by Rocky Colavito (pictured left with Al Kaline at Yankee Stadium). The victory moved the Indians into a first-place tie with the Los Angeles Angels in the American League, with the idle Yankees trailing by a half game. The Tigers, who trailed 6-1 at one stage, moved into a 6-6 tie on Colavito’s homers. He led off the

July 4, 1962 - The Giants bid a fond farewell to the Mets today, battering the New Yorkers in both games of a doubleheader, 11-4 and 10-3. A crowd of 33,253 at sunny, windy Candlestick Park saw Willie McCovey blast 2 home runs and drive in 7 runs to pace the Giants in the first game. Willie Mays led the second-game attack with five runs batted in on two homers. Both Giant starters completed their games. Bob Bolin gave seven hits in the opener. In the finale, Billy O’Dell scat

Yanks Top Athletics as Maris and Mantle Each Homer Twice

July 3, 1962 - The Yankees put on a pyrotechnic display at the Stadium today. Paced by their famed M-M duo, they thrilled a crowd of 13,378 by exploding 5 home runs. Mickey Mantle and Roger Maris hit two apiece, and Bobby Richardson (left) hit the other. And yet, so tenaciously did Hank Bauer’s ninth-place Athletics fight back that the Bombers needed every last one of their homers before the 8-7 victory was theirs. As late as the eighth inning, the Yanks were trailing by thre

July 3, 1962 - Manager Fred Hutchinson selected the National League all-star pitchers and reserves today, naming Stan Musial to the team for a record 19th time while passing over one of his own Cincinnati players, Frank Robinson. Robinson, the Reds’ right fielder, is pounding the ball at a .323 clip and actually is out-hitting Roberto Clemente of the Pirates, who was chosen as the National League’s starting right fielder for the all-star game at Washington, July 10. The other

July 2, 1962 - The Yankees beat the Athletics, 8-4, today, but it wasn’t easy. Roger Maris, Mickey Mantle, and Hector Lopez hit homers at the Stadium and with Bill Stafford pitching beautifully for six innings, it looked for a while as if that would more than suffice to squelch Hank Bauer’s ninth-place Kansas City team. It took a lot more toil and sweat, however, before Ralph Houk’s Bombers finally put the Athletics down for keeps in the opener of a four-game series before 16

July 1, 1962 - Don Drysdale (left), the 6-foot-6-inch right-handed star of the Dodgers, struck out 13 Mets today en route to becoming baseball’s first 14-game winner this season. The score was 5-1. Drysdale gave five hits to the Mets, only five more than his left-handed teammate, Sandy Koufax, allowed the New Yorkers last night. Just three Mets got past first base — Sammy Taylor, who hit a homer and a double, and Cliff Cook, who also doubled. Drysdale’s overpowering performan

July 1, 1962 - When the Dodgers signed Sandy Koufax eight years ago, they knew he had enormous potential. The trick was to harness it. It has taken Koufax more than seven seasons to reach the point where one National League manager last week described him as “probably the greatest pitcher in baseball today.” That is certainly what he looked like last night, when he pitched his first no-hitter and struck out 13 Mets. “The turning point,” said Koufax today, “was in spring train
12
3
45